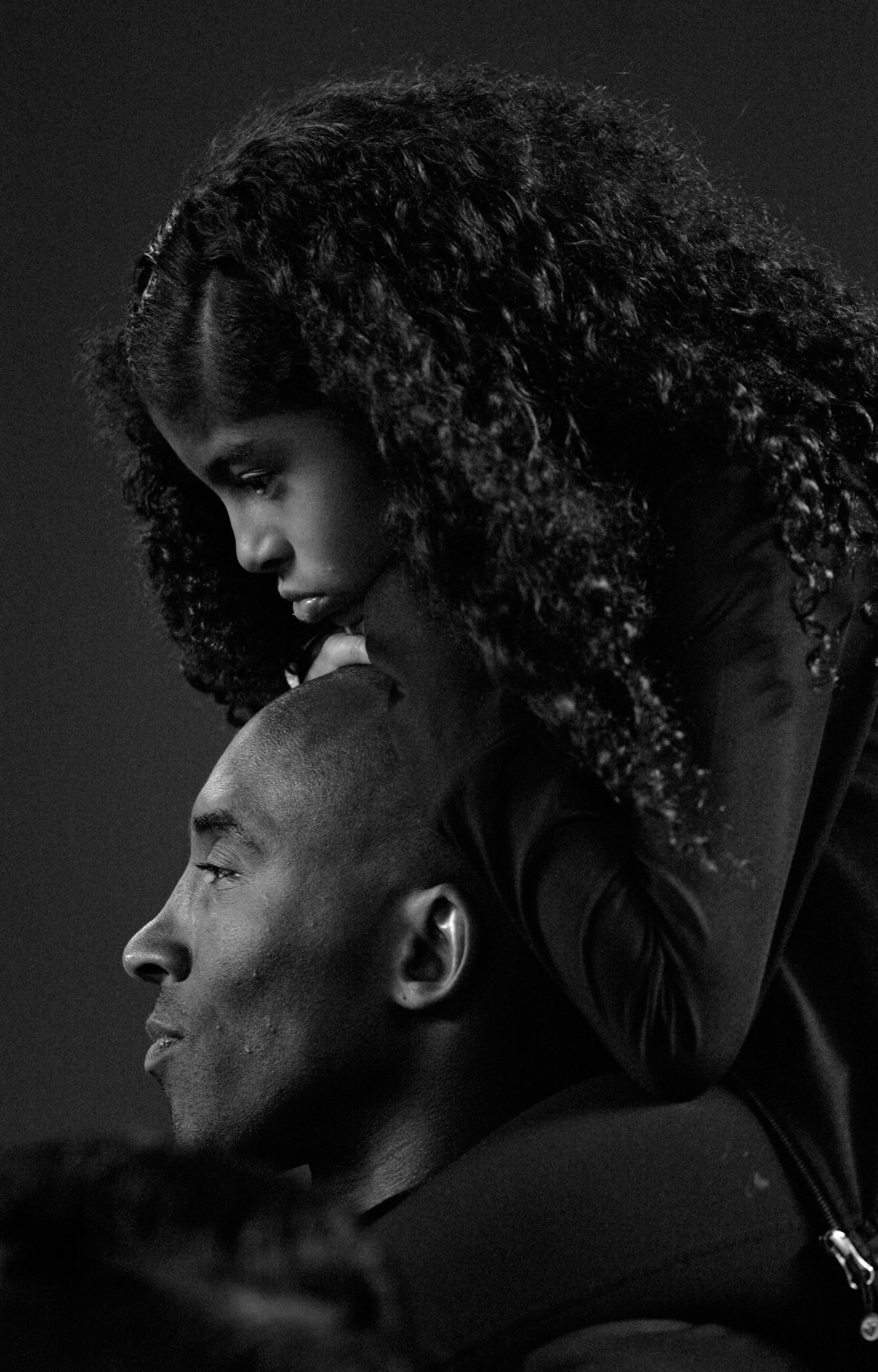 On Saturday night, in a game against the Philadelphia 76ers, the Los Angeles Lakers’ LeBron James scored a driving layup with 7:23 left in the third quarter, giving him 33,644 points in his career—two more than Kobe Bryant, and good for third place on the N.B.A.’s all-time scoring list. Before the game, James had written “Mamba 4 life”—a reference to Bryant’s nickname—on his shoes. “Continuing to move the game forward, @KingJames,” Bryant tweeted at 10:39 P.M., adding a flexed-muscle emoji. “Much respect my brother #33644.” The next morning, Bryant and his daughter Gianna boarded a helicopter in Orange County, where they live, and took off for one of Gianna’s travel basketball games. A teammate and another parent were also on board. The helicopter crashed in the fog in the hills above Calabasas, TMZ first reported, and burst into flames, killing everyone aboard. Bryant was forty-one years old. Gianna was thirteen.

Kobe Bryant played in the N.B.A. for twenty years, won five league championships, and was an eighteen-time All-Star. Even in a league of larger-than-life personalities, Bryant stood out. He always stood out. The word that is perhaps most often used to describe his remarkable career is “singular.” He was seen as a loner, and he sometimes described himself that way: as a black American child in Italy, where his father played professional basketball; as a quasi-Italian teen-ager in suburban Philadelphia, during high school; as an eighteen-year-old trying to negotiate—no, dominate—the N.B.A; as a workaholic who was not always the best teammate. That was one story that was told about him, one that he told, too.

It seemed, for a while, that he only saw himself as a winner, but it turned out that he saw himself as a storyteller. At times, this quality could make him seem a little slick, aware of his own personal mythology. But as his career progressed—and as he fought back from injury after injury—he became more expansive about the narrative power of sports, its ability to transform an inner struggle into an outer one. He didn’t hide the fact that he was angry, that he could be selfish, that he was warped by his overwhelming competitive instincts. In a 2014 profile, by Ben McGrath, Bryant, in discussing an outburst by the football player Richard Sherman, talked about the “ugliness of greatness.”

There was another kind of ugliness to him, one that had nothing to do with greatness: in 2003, a nineteen-year-old hotel employee in Colorado accused him of rape, and Bryant was arrested on felony sexual-assault charges. He claimed that the sex was consensual. The case was dropped after the employee refused to testify, and after Bryant’s legal team publicly smeared her. “I now understand how she feels that she did not consent to this encounter,” Bryant said later, in a public apology. He settled with the woman in a separate civil case.

That is part of Bryant’s story, too, and he knew it. He tried to control it—partly by silencing the alleged victim with a nondisclosure clause and partly by allegorizing the aftermath. It was around this time that Bryant created Black Mamba, as he explained in “Muse,” a documentary about his life. “Kobe” became the flawed human being, trying to cope with his personal problems; Black Mamba was his alter ego on court, a serpent who channelled his rage and darkness into devastating power.

After Bryant retired, in 2016, he made an animated movie that won an Oscar. He launched podcasts, movies, television shows. Many of them were about why he was set apart from the world, even as he tried to connect with it. There is a series of books featuring a young female tennis player named Legacy. “Tennis means life and death for the residents of the magical kingdom of Nova, and for twelve-year-old Legacy, it’s the only thing getting her through the long days taking care of the other kids at the orphanage,” the book’s description reads. Magic is involved. Bryant’s stories involved rage and self-discipline and anger and, yes, greatness. By all accounts, he was as involved—and even obsessive—with those projects as he was with anything else.

He didn’t withdraw from the game, either. He mentored other players—women as well as men. In the public imagination, the battle for the best player in history may be between James and Michael Jordan, but Bryant was the one that many players actually idolized. He had four daughters, and he understood that they were part of his legacy, too. Gianna, the second, was a talented basketball player, and in McGrath’s profile Bryant acknowledged that he saw something of himself in her. (She was “insanely, insanely competitive—like, mean,” he said.) They attended several Lakers games this season, and a video of them together at a Nets game went viral. In it, Bryant appears to be intensely explaining something to Gianna, and she, pursing her lips like a typical teen-ager, laughs and takes it in.

Bryant’s death is a nebula’s collapsing, and Gianna’s, of course, is just as devastating. My mind keeps returning to that clip of them at the Nets game. Bryant seemed so much himself—fervent, concentrated, set apart—and, at the same time, so deeply human. It was always a mistake to think that he only wanted to win. He wanted to do so many things.

Nambi Narayanan: The fake spy scandal that blew up a rocket scientist’s career

The Wonderful World of Probability