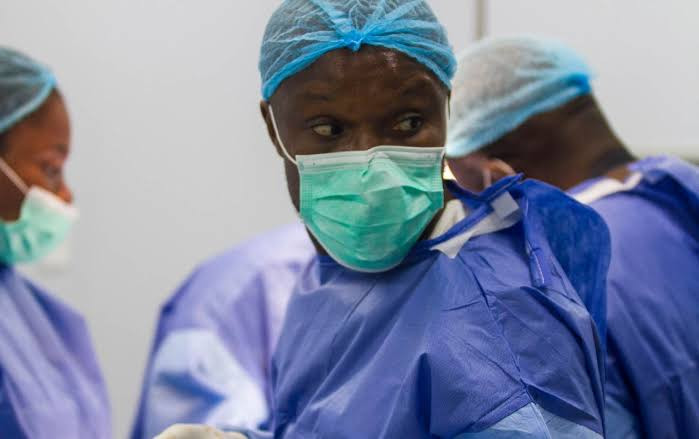 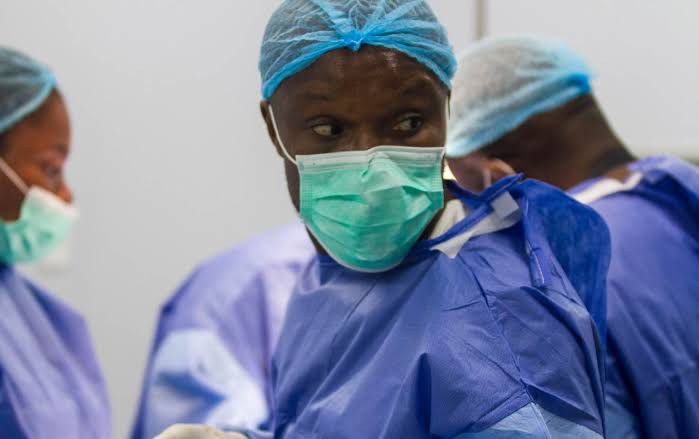 The Nigerian Association of Resident Doctors, NARD, says 4,000 of its members are ready to migrate abroad for greener pastures, warning that it is now a ratio of one doctor to 10,000 patients in the country. The revelation comes as the association expressed worries over government's 'nonchalant attitudes to members’ salaries, welfare and other deserved packages," Vanguard reports  NARD revealed that Nigeria had already lost 2,000 doctors to the other countries in the last two years and that Nigeria was well short of WHO’s recommended ratio of one doctor to 600 patients. Although he admitted that mobility of labour was recognized anywhere in the world, he, however, said there were several reasons people can decide to leave their countries or migrate to other places, tasking government to find out the reasons and address them. “Mobility of labour is recognized anywhere in the world." NARD president, Dr Emeka Orji, told the publication on Sunday, November 27.“There are several reasons why people can decide to leave their counties or migrate to other places even to move from one state to the other in the same country to work ranging from welfare services, remuneration,working condition, security and other social issues."  “And what government should do is to try to find out why and then address it. “That is what a serious government does, because the truth is that it is really a very serious problem in the health sector as we speak and we believe it is an emergency and that if nothing is done urgently to arrest the drift, we would come to a stage where we won’t have doctors in our hospitals.“Over the past two years or so,we have lost over 2,000 doctors to an outside world and on average,we have lost between 100 to 160 doctors every month.“We are not just talking about the low-level staff here,we are talking about the highly specialized doctors leaving the country.“And when you undertake studies to know why they are leaving, 80 percent of them responded that it is because of poor remuneration. “The salary structure we are using now came into being in 2009. That is over 13 years ago and part of th agreement we had with government then was that it should be reviewed after five years. “And that five years was in 2014. Till now, we have been writing for it to be reviewed but we have not made any significant headway on that. “You know the living conditions in 2009 compared to now with regards to inflation, dollar exchange rate and all that.“As a matter of fact, somebody like me; I’m a senior registrar, but what I was paid in 2009 as a house officer, if you will get the dollar equivalent, you would realize that it was even more than what I’m being paid now.“So there is nobody that will see that kind of thing and stay back, especially seeing a place where your work is better appreciated, that won’t be tempted to go there.“As I’m talking to you now, we have found out that over 4,000 of our members have decided to migrate within the shortest possible time.“And if that happens, I can assure you that it would be a disaster. It will lead to poor patient management and difficulty in assessing health care.“Patients will have long clinic hours such that a patient that should ordinarily see a doctor within one hour can spend the whole day, because if you have one doctor attending to more patients than he should, of course, he won’t give in his best and even the patient would have to wait much longer to be attended to.“The approved doctor-to-patient ratio by the World Health Organisation, WHO, is one to 600. That is one doctor to 600 patients.“But currently in Nigeria, we are doing one doctor to 10,000. You can see the huge gap and it would continue to worsen if government doesn’t don’t do the right thing.”The post It’s now one doctor to 10,000 patients NARD appeared first on Linda Ikeji Blog. Click Here to Visit Orignal Source of Article http://www.lindaikejisblog.com/2022/11/its-now-one-doctor-to-10000-patients-nard.html