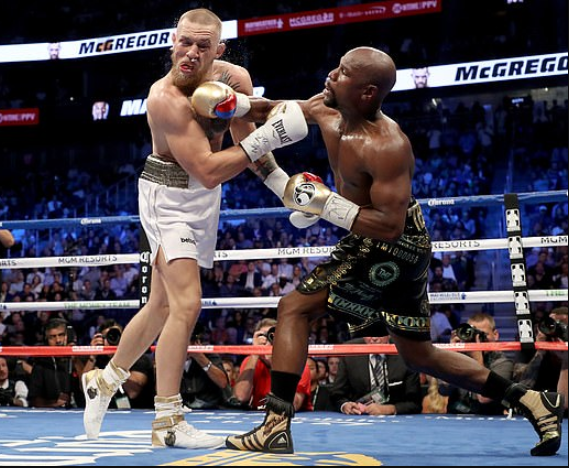 The bout ended in a 10th-round TKO victory for Mayweather who picked up his 50th win out of 50 fights in his entire professional career.

Speaking in an interview with Drink Champs, the American undefeated champion admitted that he ‘didn’t really train’ before his fight with McGregor.

‘I would do a training camp in Vegas a few days. Sometimes I wouldn’t go to the gym for a week.

‘I took it serious. Like I said before, I wanted to have some fun in the fight. I wanted to entertain the people.’

JUST IN: Nobody‘ll Be Sworn In As Governor In Bayelsa On Friday, Says All Progressives Congress Chairman, Oshiomhole

Update:Â Police officer who shot and killed aÂ truck driver for allegedly refusing to hand him N100 bribe in Ondo has surrenderedÂ