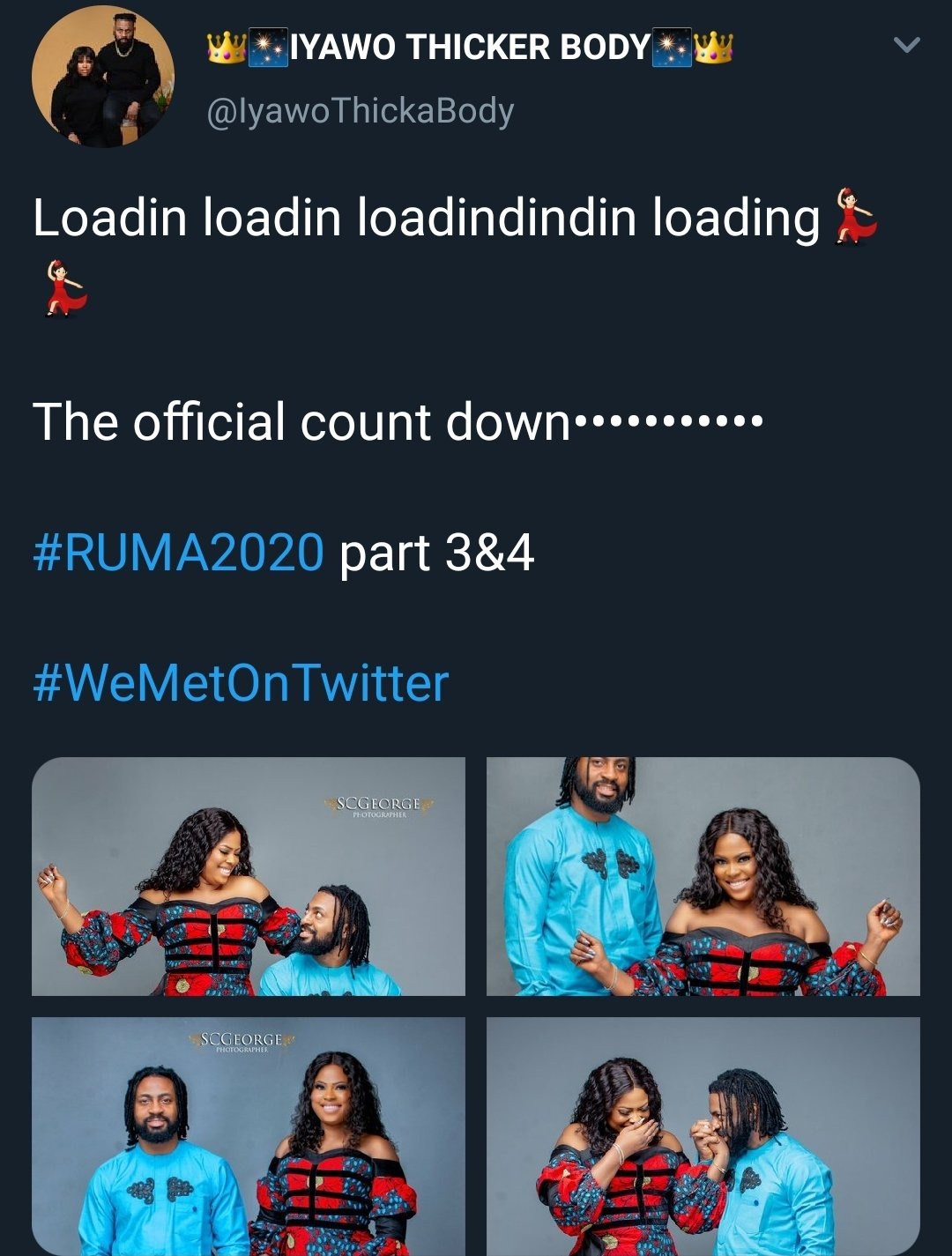 A Twitter user who bore false witness by accusing a groom-to-be, who he doesn’t know, of infidelity has been exposed in his lies.

The bride-to-be shared pre-wedding photos of her and her man and a follower commented.

“This guy, he’s dating a friend of mine as well,” the follower claimed. 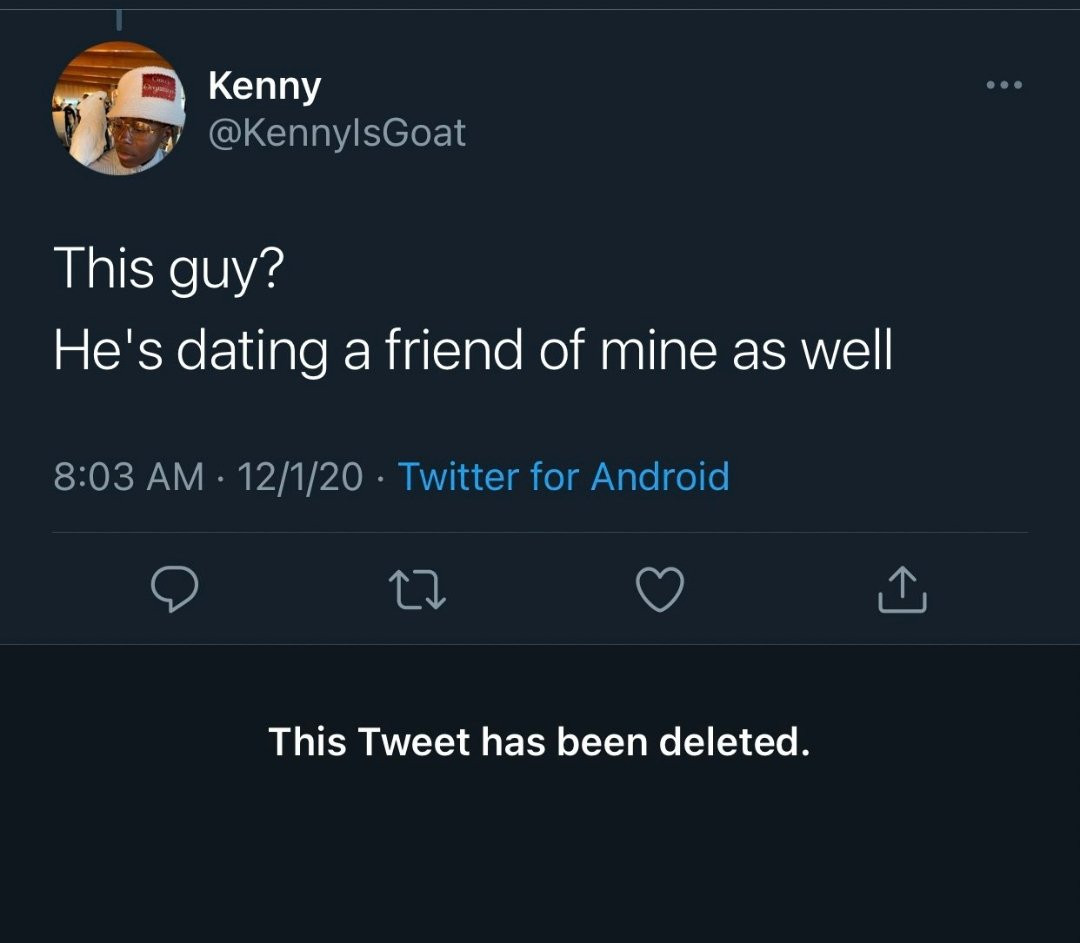 Unfortunately for him, the couple did not take it lying low and they confronted him. He admitted via DM that he doesn’t know the couple and said he has taken down the post. He also promised to take down his account if it’ll appease the couple. 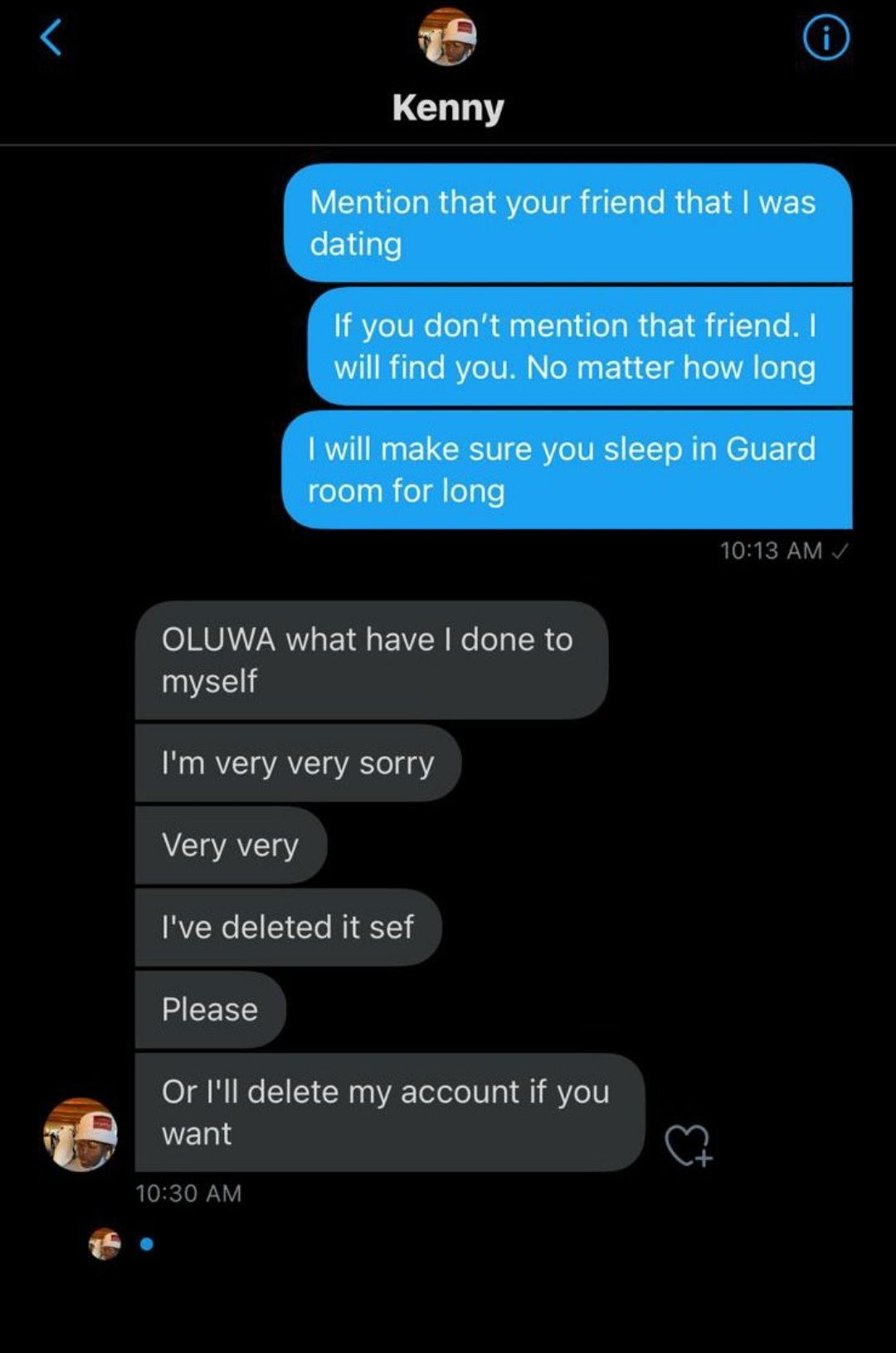 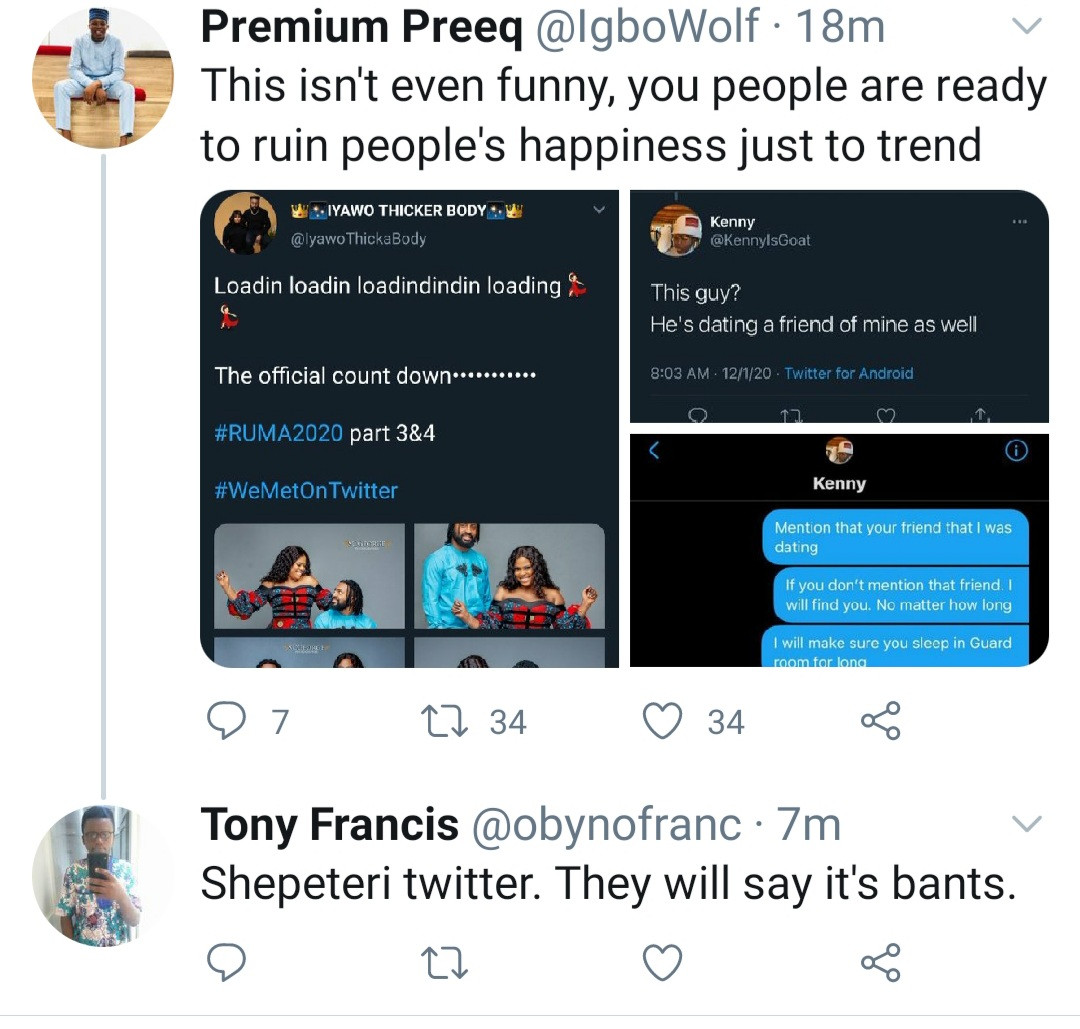 Hayward: No ‘ill will’ toward Celtics following exit

Former Emir of Kano, Sanusi at the naming ceremony of his newborn daughter in Saudi Arabia (photos)