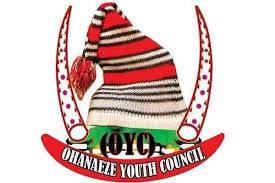 The youth arm of the apex Igbo socio-cultural body, Ohanaeze Ndigbo, has warned the Northern Governors’ Forum (NGF) to abandon its resolution of retaining presidency in the North in 2023 or be prepared for the disintegration of Nigeria.

The group also told the Peoples Democratic Party (PDP) to consider an Igbo person as its candidate in the 2023 presidential election or face the wrath of the youths.

According to Daily Post, the group threatened that if PDP failed to cede their presidential ticket to an Igbo candidate, none of their offices nor their flag will be seen again in the region.

It vowed that youths would not hesitate to engage in a battle with the party should their demand be rebuffed.

The council stated this through its National President, Comrade Igboayaka O. Igboayaka, on Thursday in a statement.

No Southeasterner has been Nigeria’s President since the current democratic dispensation that started in 1999.

The group lambasted the Northern Governors’ Forum for recently criticising their colleagues in the South for demanding that a southerner should succeed President Muhammadu Buhari in 2023.

The release read in part, “Without mincing words that, the forum, Northern Governors was inexistent, describing them as few ‘Fulani political power mongers’ who want to drag the Middle Belt into their illusion for them to produce Nigerian president in 2023.

“It’s idiotic to include Taraba, Benue, Nasarawa, Plateau, Bauchi, Jigawa, Kogi, Kaduna, Kwara, etc. that have had a fair share of Fulani herdsmen killing, banditry and kidnapping in their so-called imaginary 2023 presidential dream.

MLB Power Rankings: Where all 30 teams stand in the final week

#EndSARS Protesters Killed In Lagos, Abuja, Others To Be Revealed Soon – Falana