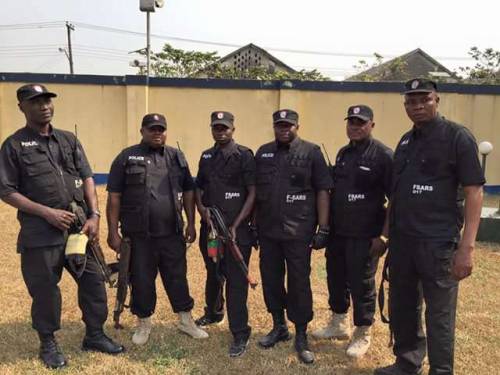 The Nigeria Police Force has stated that the service is not planning to revive the notorious police unit, the Special Anti-Robbery Squad (SARS).

The Inspector-General of Police, Alkali Baba Usman, in a release said the disbanded SARS would not be revived.

SARS was disbanded in late 2020 after the nationwide #EndSARS protest against brutality, extrajudicial killings, and human rights abuses that the SARS officers were allegedly involved in.

A statement had gone viral earlier on Thursday wherein the IGP was said to have released new terms and conditions on the operation of SARS officials.

The statement had quoted Baba Usman as saying SARS has been reformed with new rules of engagement.

However, in a recent development, the police said the report was untrue and unfounded.

This was contained in a statement issued by Frank Mba, the Force Public Relations Officer on Thursday.

According to the police boss, the SARS unit has been disbanded and can never be resurrected.

Mba said, “The Force wishes to categorically emphasise that there is no plan whatsoever to bring back the disbanded SARS. SARS is gone for good and will not resurrect under any guise whatsoever.

“The IGP notes that the Force has since reorganized its operational structure to fill the vacuum created by the disbandment of SARS.

“Currently, the leadership of the Force is focused on efforts at deepening reforms within the Police and bequeathing Nigerians a Police Force that will be more effective, efficient, technology-driven, humane and Rule of Law-compliant.”

Last October, there were massive protests in some states tagged #EndSARS, largely organised by youths, to call for an end to police brutality.

They also demanded that SARS, a police unit, notorious for human rights abuses, extrajudicial killings, and other atrocities should be disbanded.

But during the protests against police brutality, the Nigeria police unleashed more terror on peaceful protesters in many parts of the country, including at the Lekki Toll Gate in Lagos, the epicentre of the struggle.

The repressive regime of Muhammadu Buhari was thereafter forced to disband SARS.

It thereafter introduced the Special Weapons and Tactics Team, which many Nigerians described as not different from the disbanded SARS.

Delta North Killings: We Want To Be Tried In Asaba, Not Abuja, Accused Persons Say