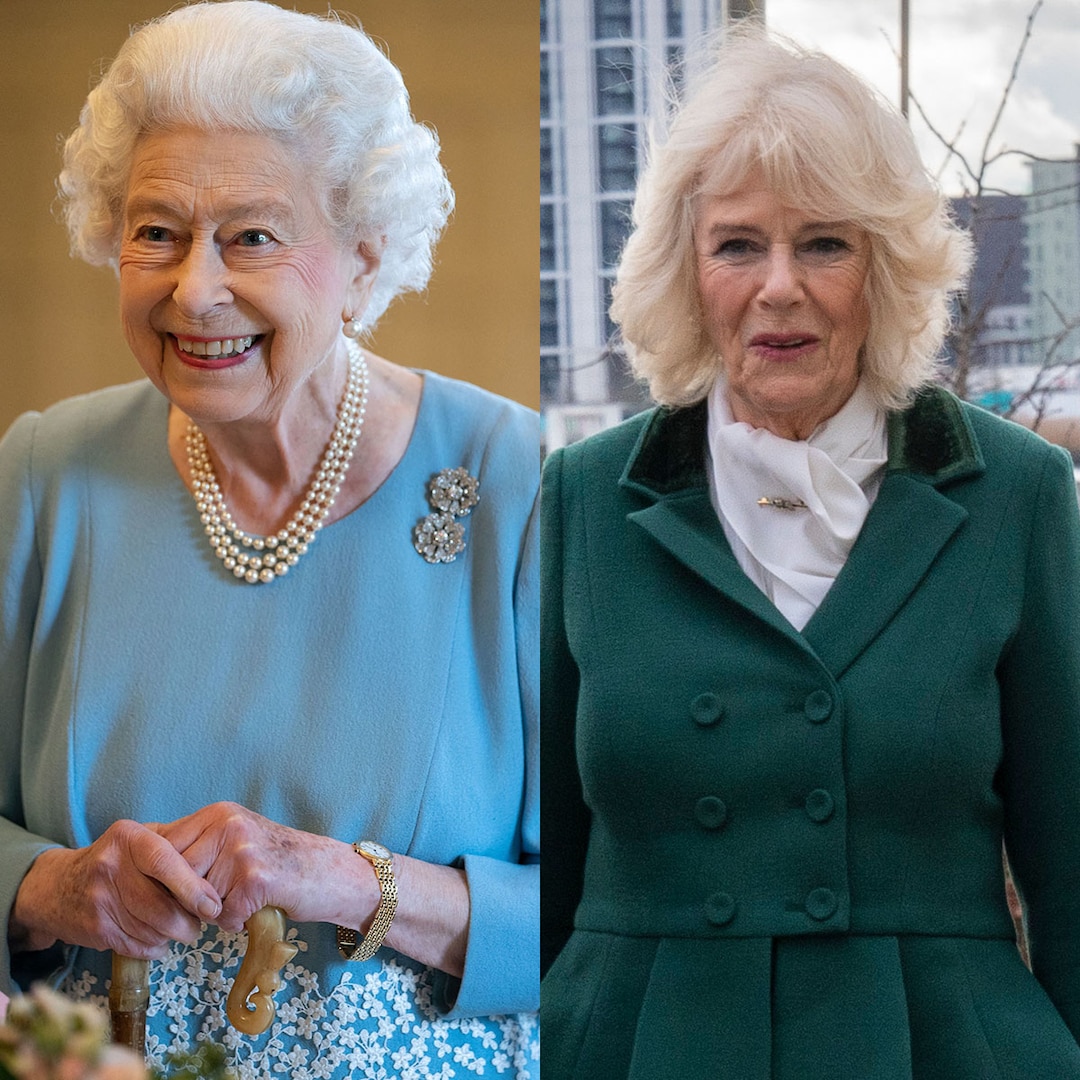 Paving the way for Queen Camilla!

Queen Elizabeth II has expressed her “sincere wish” for Prince Charles‘ wife, Camilla Parker Bowles, to be known as “queen consort” when he takes the throne. The 95-year-old royal released a statement on the eve of the 70th anniversary of Elizabeth’s Accession Day, known as her platinum jubilee.

“When, in the fullness of time, my son Charles becomes King, I know you will give him and his wife Camilla the same support that you have given me; and it is my sincere wish that, when that time comes, Camilla will be known as Queen Consort as she continues her own loyal service,” she said in the statement Feb. 5.

When Camilla and Charles were married in 2005, it was made clear that Camilla would not be using the late Princess Diana‘s title, Princess of Wales. Instead, the palace released a statement announcing that Camilla would be using title HRH The Duchess of Cornwall and it was “intended” that she would rise to the title of HRH The Princess Consort when Charles becomes king.

However, Her Majesty’s statement Saturday made it clear that she wants “Queen Camilla” as her daughter-in-law’s future title.

Inside the Fabulous Life of Andy Cohen’s Son Benjamin