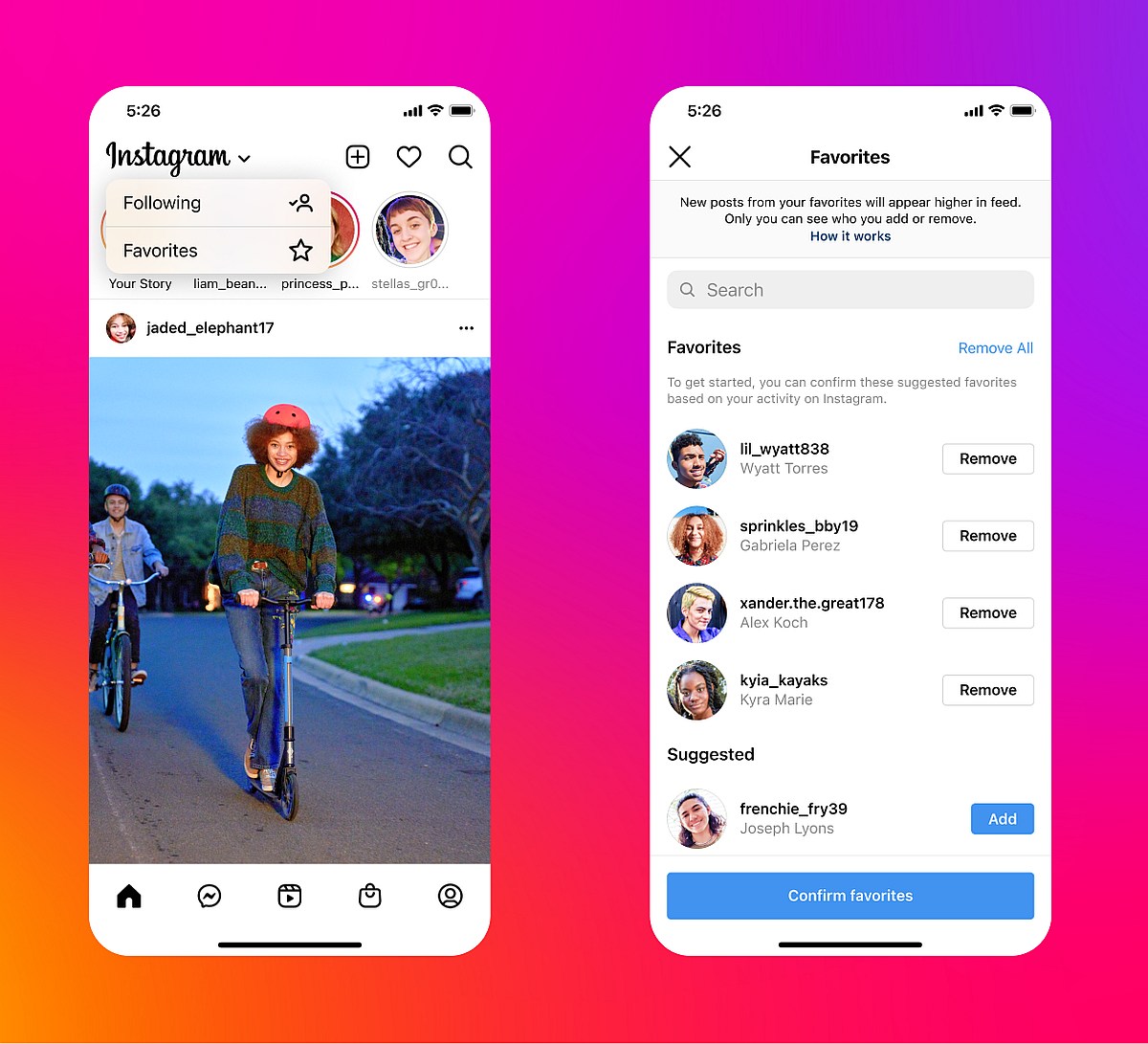 The Meta owned service revealed that users who choose the Following feed will see posts from accounts that they follow on the service. These will be displayed in a chronological order, showing users the latest posts from their friends. The default Instagram ‘Home’ feed is designed to show users ranked posts in a non-chronological order, influenced by a variety of factors including interaction with accounts, a user’s activity, information about the post, and the person who uploaded it.

Instagram users will also have access to a new Favourites feed that allows users to see posts from specific accounts, such as their best friends or their favourite creators. Users will be able to add up to 50 accounts that they follow to their Favourites list, which can be modified at a later stage. Instagram said that users will not be notified when you add and remove them from your Favourites list. While posts from these users will be displayed in chronological order, Instagram also revealed that these accounts will be shown higher when users switch back to the default, non-chronological Home feed.

The Favourites and Following feeds were first spotted by feature tracker Alessandro Paluzzi in September, but the feature was not rolled out to users at the time. Gadgets 360 was able to verify that the feature was enabled and working on iOS earlier on Wednesday.

Instagram initially offered a single stream of photos in chronological order when it was launched in 2010. However, as more users began to join the service, it became difficult for users to see all posts from people they followed, according to the company. Last year, the company revealed that by 2016, users were missing 70 percent of all posts in their feed, prompting the development of a ranked feed. Instagram told Gadgets 360 that it would not default users to the new chronological feeds, as its research showed that people were more satisfied with a ranked feed.