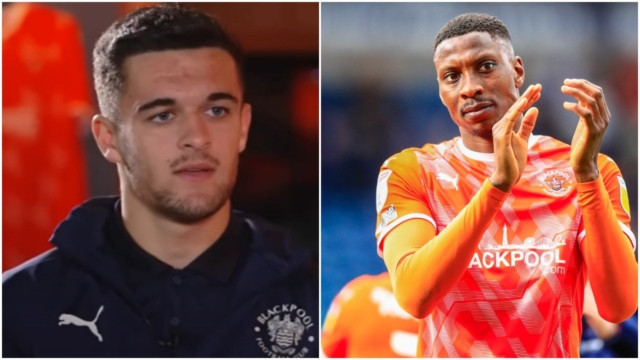 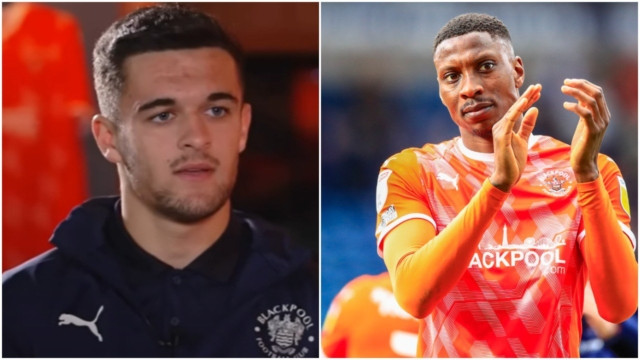 Blackpool star, Jake Daniels has told his Nigerian teammate Marvin Ekpiteta that he's proud to play with him following his historical homophobic social media posts that surfaced after the 17-year-old came out as gay. On Tuesday, Ekpiteta apologised for the controversial posts which left him embarrassed in the wake of team-mate Daniels coming out. Earlier this week, Daniels, 17,  came out publicly and became the first openly gay male footballer in Britain to do so while still playing since Justin Fashanu in 1990. Following Daniels' announcement, which had been greeted with widespread support, posts made by Ekpiteta from 2012 and 2013 containing homophobic comments were highlighted. Ekpiteta, 26, subsequently deleted the offending posts and on Tuesday evening issued an unreserved apology expressing regret for his actions a decade ago 'which do not in any way reflect the values I hold now'. Today, social media posts I made in 2012 and 2013 have been highlighted,' Ekpiteta said in a statement on Twitter. 'I want to wholeheartedly apologise for the offensive and completely inappropriate language I used, and for the sentiments I expressed. 'As a footballer, and in the years spent in work, before I became a professional player, I've been fortunate to have worked with a wide and diverse range of people. Throughout this period, I have developed and grown as a person. 'Yesterday, I was proud of Jake and all involved at Blackpool FC for what is a hugely positive moment for football as a whole. 'I am embarrassed by the comments I made as a 17-year-old, nearly a decade ago, which do not in any way reflect the values I hold now or the beliefs I have as a person or as a team-mate. 'Football needs to be a place where everyone can feel free to be true to themselves, and I am upset that the comments I previously made suggest otherwise. 'I take full responsibility for these posts, and I am sorry." Daniels has now responded to his team-mate's apology on Twitter and offered his backing. Daniels wrote: 'What you said ten years ago at 17 years old doesn't define the man you are today. 'I am proud to be your teammate and to be part of the Blackpool family – we are all moving football forwards together'.

The post ‘That doesn’t define the man you are today’ – Jake Daniels tells his teammate Marvin Ekpiteta after he apologised for his homophobic posts appeared first on Linda Ikeji Blog. Click Here to Visit Orignal Source of Article http://www.lindaikejisblog.com/2022/5/that-doesnt-define-the-man-you-are-today-jake-daniels-tells-his-teammate-marvin-ekpiteta-after-he-apologised-for-his-homophobic-posts.html

10-year-old boy allegedly starved, tortured, shackled by his father and stepmother in Akwa Ibom for being ”possessed by demons”