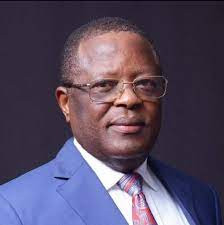 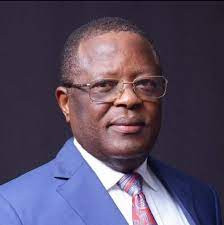 Governor Dave Umahi of Ebonyi, has said that residents of the state will cast their votes in favour of the APC and the Labour party during the 2023 Presidential election. Umahi who contested the ruling party’s presidential ticket but lost out to Tinubu after polling 38 votes, said this while speaking at the swearing-in of new commissioners and aides at the government house in Abakaliki, Ebonyi capital. According to the governor, it is the states that the Labour party has helped in time past that should vote for Peter Obi. “Our party is APC and not the Labour Party. We will not vote for the Labour Party. We will vote for APC. The states that the Labour Party has helped should vote for them.The agenda of God for Ebonyi state is Ebonyi state agenda and that is what you should be telling them when they come to ask you, will you vote for. Tell them not to look for our votes, our votes belong to APC.”  The post 2023: Ebonyi state will vote for Tinubu and not Peter Obi – Gov Umahi appeared first on Linda Ikeji Blog. Click Here to Visit Orignal Source of Article http://www.lindaikejisblog.com/2022/6/2023-ebonyi-state-will-vote-for-tinubu-and-not-peter-obi-gov-umahi.html

BBNaija: All housemates to be put for eviction this week except for HOH and Deputy

Video from the 25th wedding anniversary celebration of football legend, Jay-Jay Okocha and his wife, Nkechi