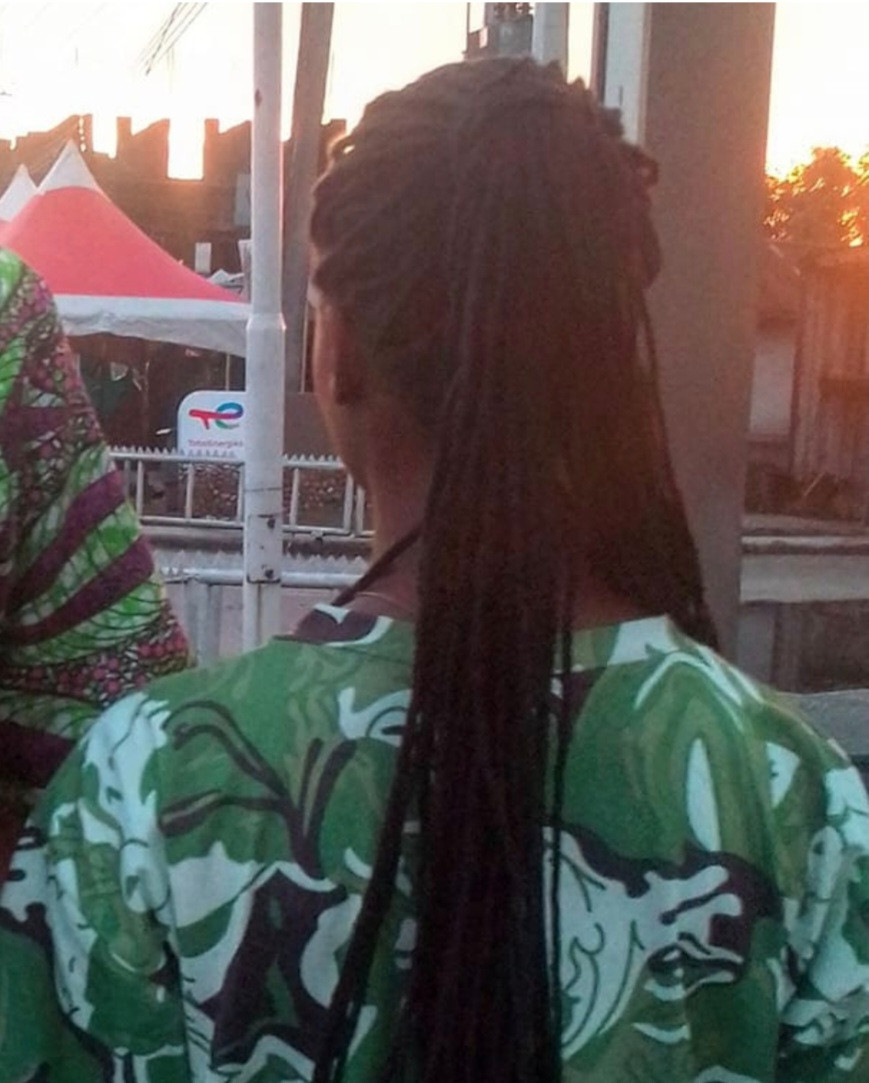 A 17-year-old girl was arrested in Port Harcourt, Rivers State based on complaint by one Mr James who claimed she is owing him N17, 000.  Human right group, Centre for Basic Rights Protection And Accountability Campaign, discosed this in a statement on Monday, September 19, 2022.

According to the statement, Mr James dashed the teenager N17, 000 but when she turned down his sexual overtures, he demanded for a refund. She refused to return the money because it was a 'dash' so he got her arrested.  "Centre for Basic Rights Protection and Accountability Campaign last Saturday received a call from residents at Bestman Estate,Rumukwuota,Obio/Akpor about a 17 year old girl who was arrested by Police Officers from Rumupeirikom(Kala) Police station in PortHarcourt based on compliant by one Mr. James who has being enticing and luring the minor for sex that she is owing him," the statement read.  "The said Mr James has being dashing the minor money without telling her his reason until recently he started demanding sex from the teenage girl who turned down his request. "Mr James demanded that she refund him 17,500 naira the total money he has dashed her but the teenager said it was dash and non refundable which prompted Mr James to effect her arrest. "After listening to both parties,the DPO of the station asked the 17 year old girl to go with her parents and warned Mr James seriously to stop harassing the girl based on her age. "Evidence Agwor Esq and Prince Wiro Rivers State Legal Adviser and National Coordinator respectively of Centre for Basic Rights Protection and Accountability Campaign were in the station for the matter. "The Centre was demanding the detention and subsequent arraignment of the man for enticing and luring a minor but her family was of different view. "The law is clear,an underage boy or girl( below 18 years) does not have right of giving consent in a sexual relationship." 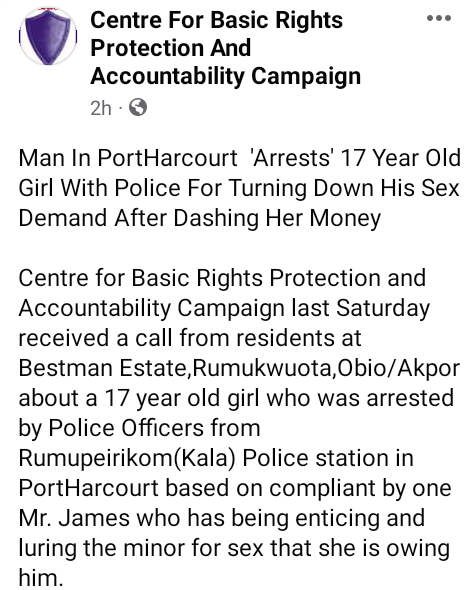 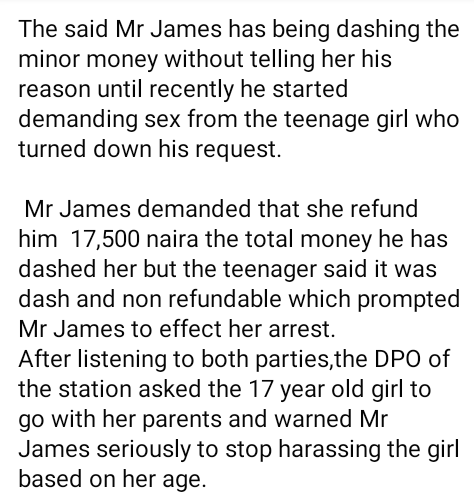 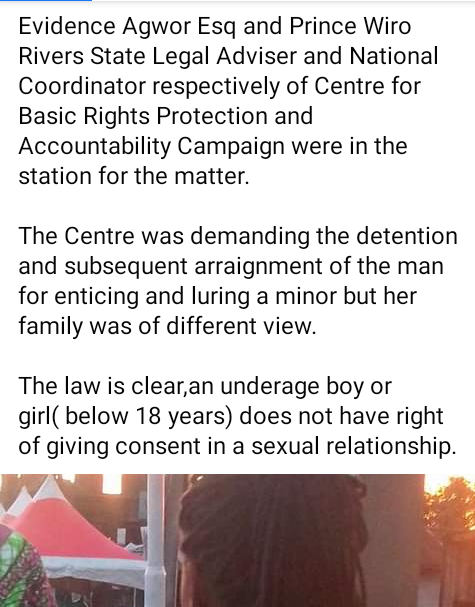