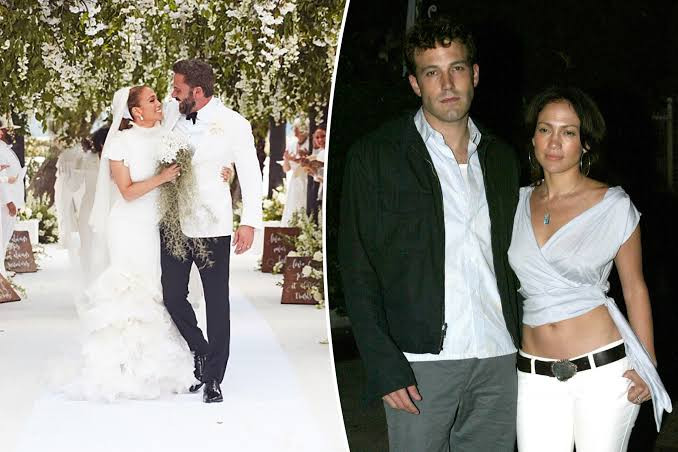 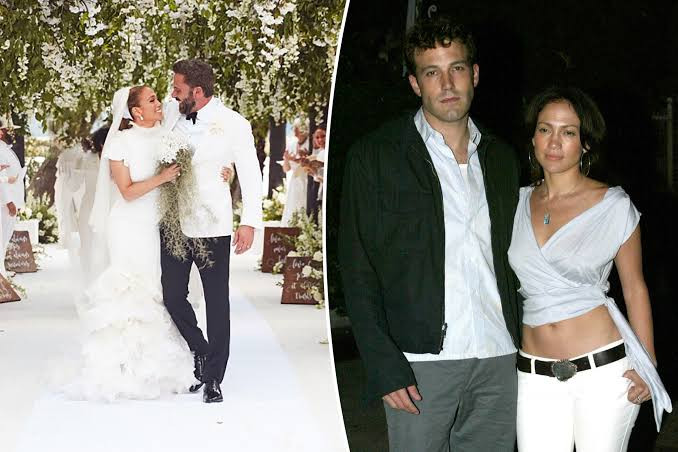 Singer and actress, Jennifer Lopez has recalled some of the painful experiences she suffered, prior to getting married to actor, Ben Affleck.  Reflecting on her rekindled romance with the actor in an interview with Apple Music 1, Lopez said she felt she was going to die after her first engagement to Ben Affleck was called off. She said;  “It was so painful after we broke up.“Once we called off that wedding 20 years ago, it was the biggest heartbreak of my life. I honestly felt like I was going to die.“It sent me on a spiral for the next 18 years where I just couldn’t get it right. But now, 20 years later, it does have a happy ending. It has the most ‘would never happen in Hollywood’ ending.” 53-year-old Lopez  who rekindled her romance with 50-year-old Affleck 17 years after their first split, has also disclosed that she will be releasing a new album called “This Is Me … Now,” an updated play on her 2002 release, “This Is Me… Then.” Lopez said;  “We captured me at this moment in time when I was reunited with the love of my life and we decided we were going to be together forever. “The whole message of the album is, ‘This love exists. This is a real love.'”The post Jennifer Lopez thought she was going to die after her first engagement to Ben Affleck was called off appeared first on Linda Ikeji Blog. Click Here to Visit Orignal Source of Article http://www.lindaikejisblog.com/2022/11/jennifer-lopez-thought-she-was-going-to-die-after-her-first-engagement-to-ben-affleck-was-called-off-2.html

Omicron: UAE suspends flights from Nigeria and three other African countries over spike in COVID19 cases