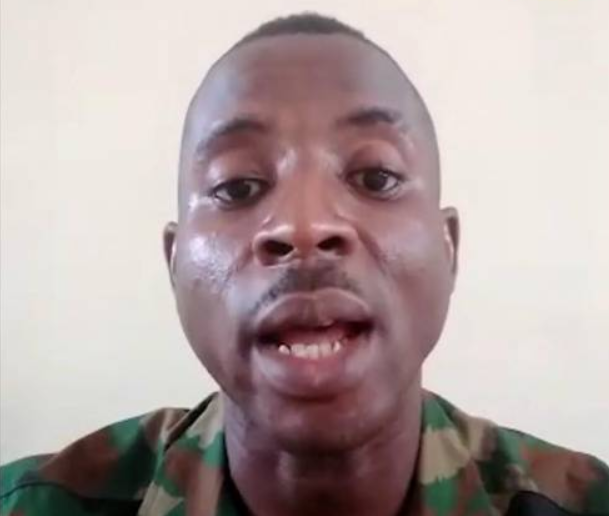 The Nigerian Army has been dragged before the Federal High Court, Abuja, over the unlawful arrest and detention of Lance Corporal Martins and his wife, Mrs Victoria Idakpini.

Lance Corporal Martins released a video criticizing security chiefs in the country for not doing enough to end terrorism in the country.

In the video shared online on June 23, 2020, Martins lamented the needless killings of citizens. He added that he knows he may no longer have his freedom after the release of the video but said it won’t stop him from speaking.

Shortly after the video went viral, Lance Corporal Martins was arrested. Days later, his wife Mrs Victoria Idakpini was arrested too “leaving her three children in the care of no one.”

Following the arrests, the Nigerian Army was dragged to court. The Chief of Army Staff, Tukur Buratai, and Attorney-General of the Federation, Abubakar Malami, were also joined in the suit.

Confirming the institution of the lawsuit, Mr Tope Akinyode, National President of Revolutionary Lawyer’s Forum, said on Twitter, “We are of the considered view that the continued detention of Lance Corporal Martins violates his fundamental human rights much as it violates the extant provisions of the Armed Forces Act.

“Unfortunately, the Nigerian Army displayed a higher degree of despotism on 25th June when again it illegally arrested and has continued to detain the wife of Lance Corporal Martins, Mrs Victoria Idakpini, leaving her three children in the care of no one.

“This unimaginable degree of wickedness from the Nigerian Army is worth the condemnation of all and sundry, to say the least.

“Already, Nigerians are daily losing confidence in the activities of the army but this recent arrest is a big blow on the generality of Nigerians.

“We shall battle the oppressive and abrasive tendencies of the Nigerian Army and we’ll ensure that justice is served in this case.” 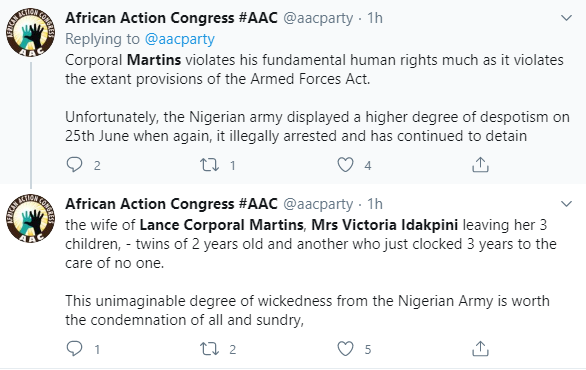