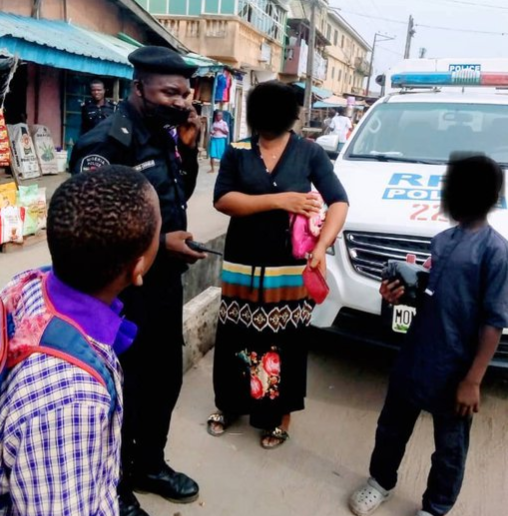 The Lagos State Rapid Response Squad (RRS) has told of how officers recovered a woman’s purse containing a large sum and returned it to her.

The police said RRS officers were on patrol around Igando when they saw a lady’s red purse fall from a bike. They picked it up and tried to signal the bike rider but he didn’t stop.

They went after them and made sure the woman got her purse back.

Sharing photos of officers handing the woman’s purse back to her, the RRS tweeted: “RRS officers while on patrol this evening around Igando saw a red purse fall from a lady on a bike. They picked it up and tried signaling the rider but he mistook it for an attempt to arrest him.

“Gradually they followed the bike to her destination then handed it over to her. She confirmed the sum of N115,000 and a Tecno phone inside the purse were all intact. #TheGoodGuys.” 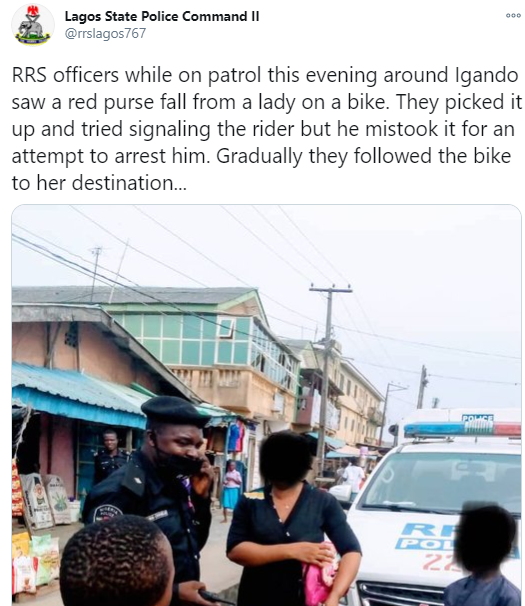 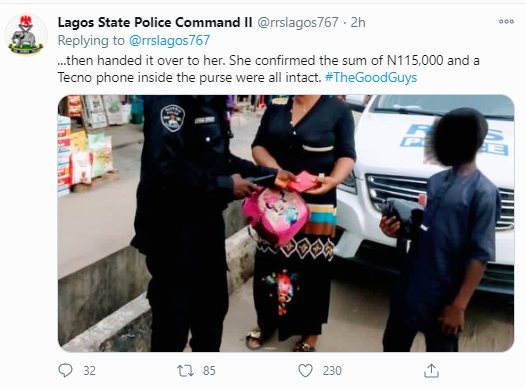 “Thank you baby for making me a mother”- Rosy Meurer tells her hubby, Olakunle Churchill after he wished her a happy mothers day