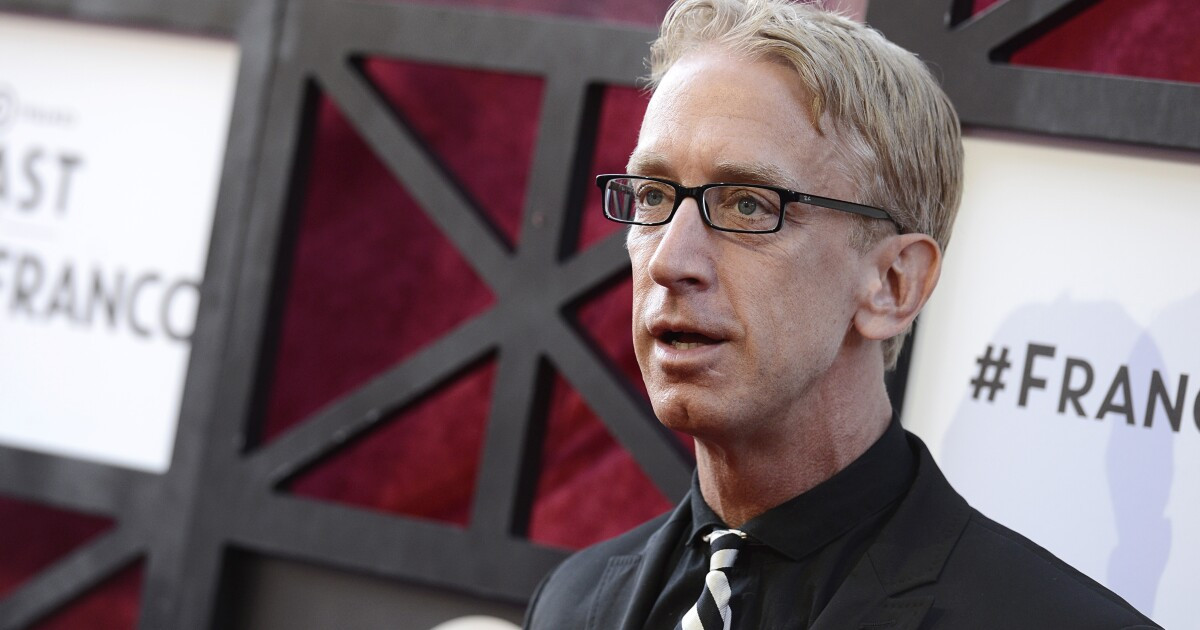 American comedian and actor, Andy Dick, has been arrested on suspicion of felony sexual battery following an incident in Orange County, California. On Wednesday May 11, police from the Orange County Sheriff's Department were called to O'Neill Regional Park, where they surrounded the RV trailer where Dick, 56, was located. The call to the police came after an adult male who goes by the name of “JJ” claimed the comedian had sexually assaulted him. Dick had been staying with a group of people living out of their RVs in an Orange County campground and livestreaming their lives together on the Captain Content YouTube Channel. 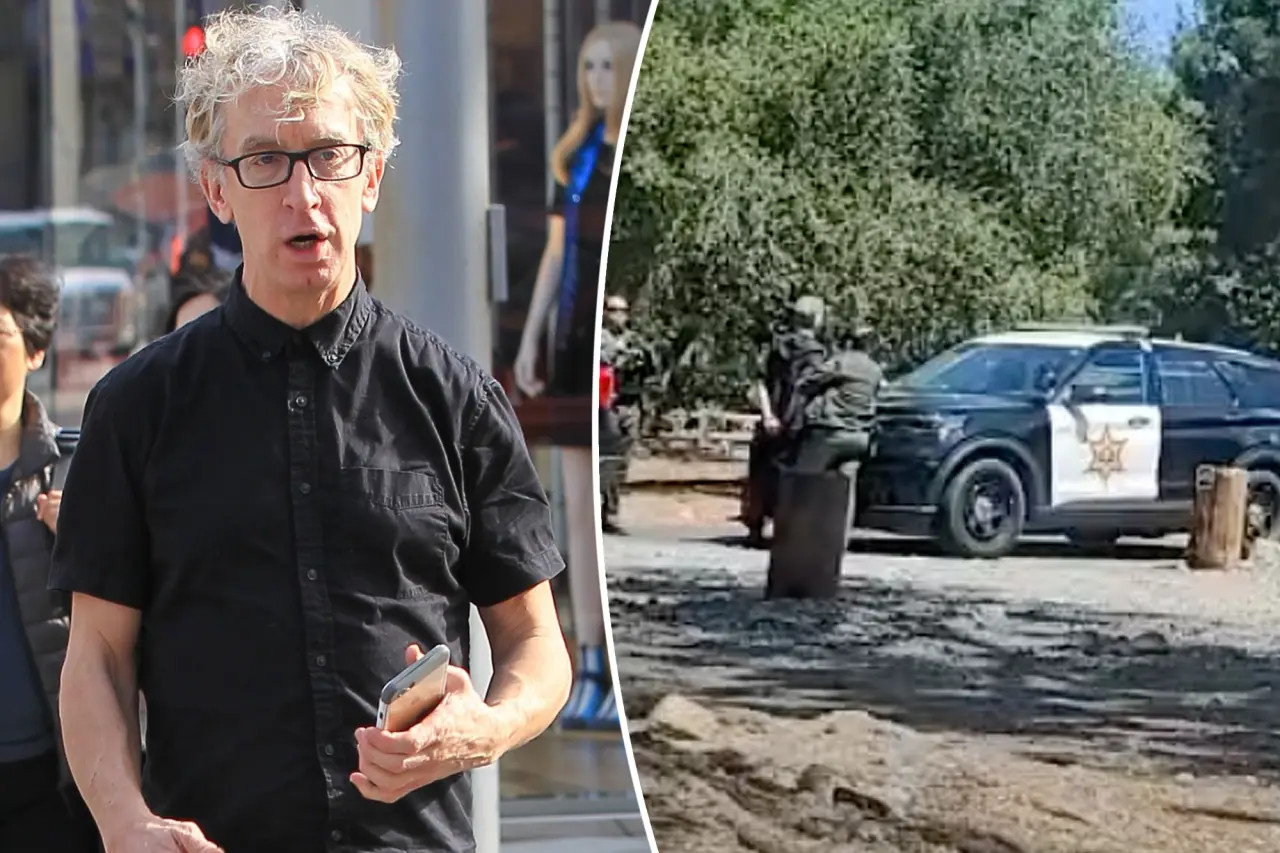 Sgt. Scott Steinle of the OC Sheriff's Department told KTLA that the arrest occurred after an investigation at the site. The outlet added that the alleged victim was taken to a local hospital for an assault examination. Dick was removed from the trailer, searched and then arrested for suspected felony sexual battery.  It was gathered that around the 3:10 mark of a clip from the livestream, a disoriented “JJ” can be heard telling another person in the recreational vehicle what he claims occurred. He said;   “I was just in bed right now, and I smelled certain parts of my body … [I was] in the other RV with Andy, and … the last thing I remember, we were on the phone with his fiancée … I smelled parts of myself and they smell like artificial smells.” 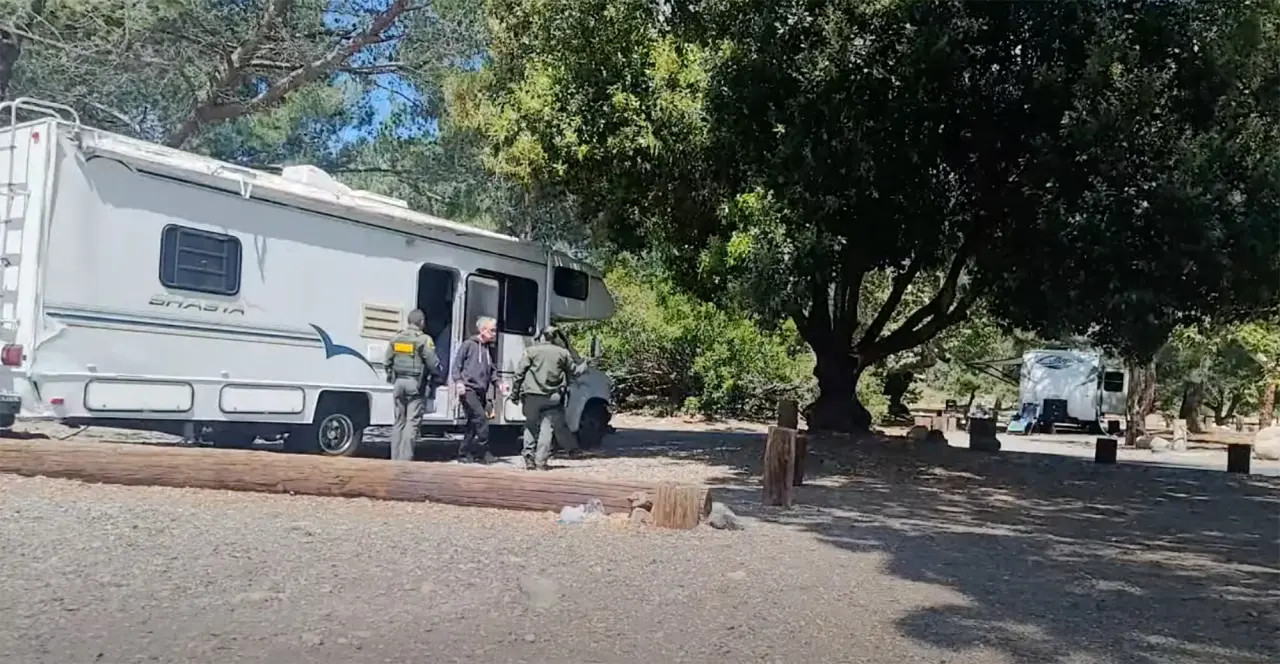 The streamer then alleged that he thought he had lotion or lube-like substance in his butt.  Around the 5:29:00 mark of the original livestream, “JJ” attempts to confront Dick, but the comedian appears more concerned with his drugs. “Did you take my cocaine?” he asks the streamer, who replies, “No, I didn’t even take it whenever it was offered.” “JJ” then asks, “Why did you assault me in my sleep?” to which Dick responds, “I never assaulted you in your sleep. Can you leave me alone?” Despite Dick’s on-camera denial, Sgt. Steinle told Page Six that they took the “Andy Dick Show” star into custody based on “information that was given to them” from the alleged male victim when they arrived on the scene. Police also performed an onsite investigation. The actual arrest took place around 11:15 a.m. local time and, per the officer, the investigation is still ongoing. Dick has not been charged pending the District Attorney’s review. His bail was later set at $25,000 and he is due in court Friday. Dick, who is father to three children with two different women, has run into repeated legal trouble with regard to drug possession over the years. Dick, who starred in Road Trip and NewsRadio, has also had a string of arrests in recent years including on domestic violence charges last November, for allegedly groping a Lyft driver in 2018, and a for 2010 incident involving a bouncer and patron at a West Virginia bar.The post U.S. actor, Andy Dick arrested for felony sexual battery on livestream appeared first on Linda Ikeji Blog. Click Here to Visit Orignal Source of Article http://www.lindaikejisblog.com/2022/5/us-actor-andy-dick-arrested-for-felony-sexual-battery-on-livestream.html