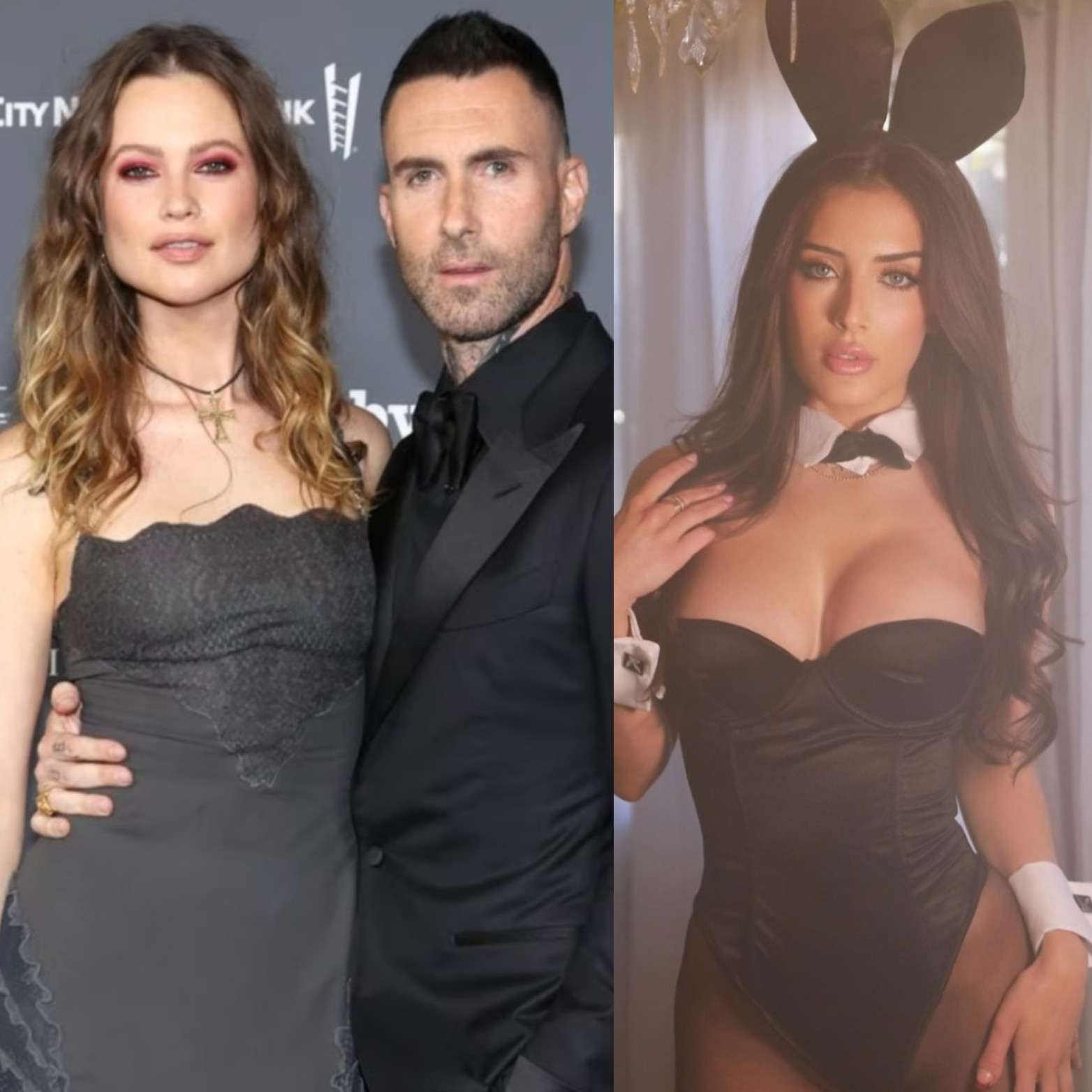 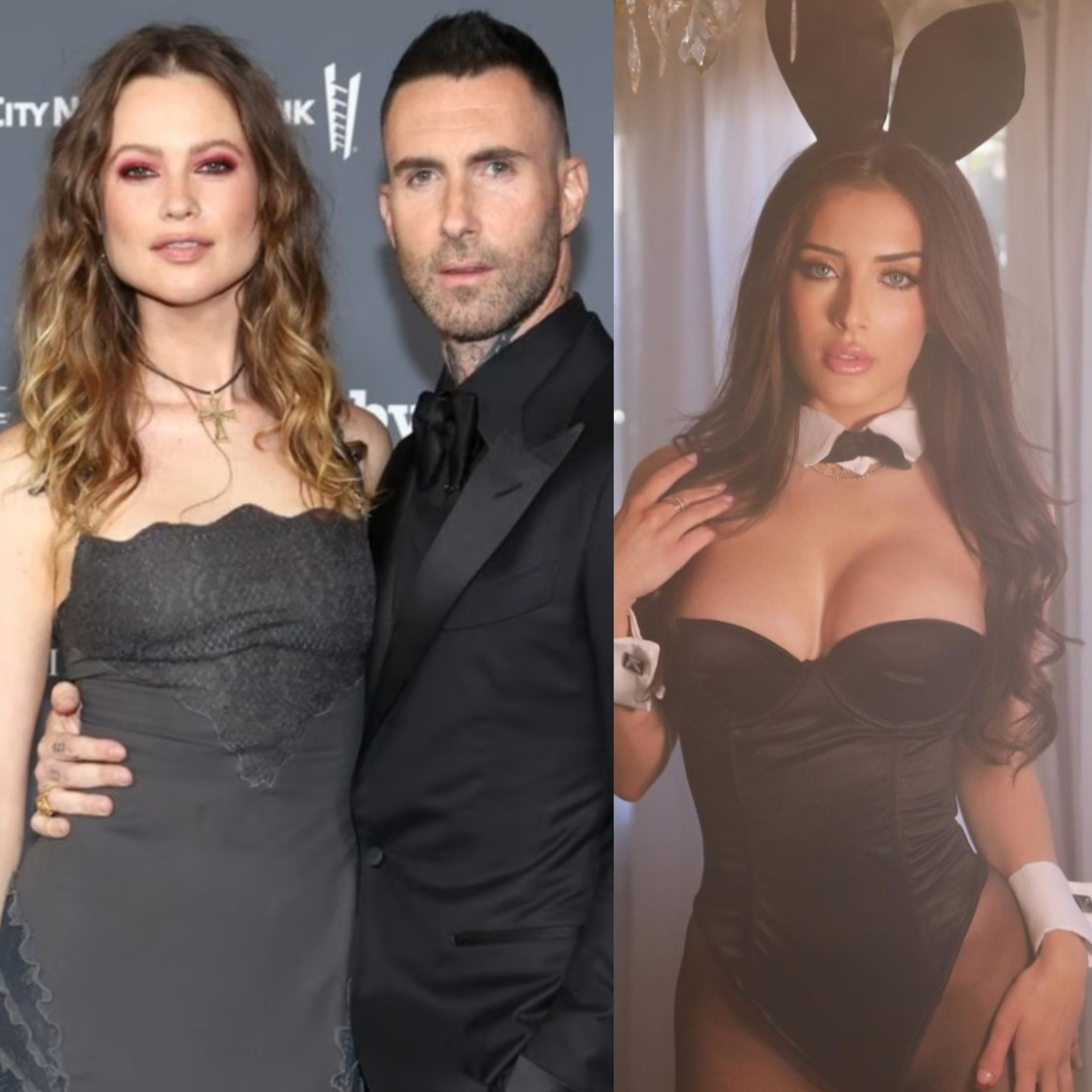 Adam Levine allegedly cheated on his wife with an Instagram model who is now calling him out online. Social media influencer, Sumner Stroh is claiming that Maroon 5 frontman Adam Levine had an affair with her. She took to TikTok on Monday morning, September 19, to claim that they had an affair which lasted for about a year. She began on TikTok: "I’m just going to rip the Band-Aid off, because I’ve re-taken this like ten times now." Referring to the singer's wife, Stroh claimed she had an affair with a married man for "about a year," saying: "Essentially, I was having an affair with a man who was married to a Victoria’s Secret model. "At the time, you know, I was young, I was naive, and quite frankly I feel exploited. I wasn’t in the scene like I am now, so I was definitely very easily manipulated." Adam Levine is married to Victoria's Secret model Behati Pinsloo. Sumner then outed Adam by name and produced receipts to back her claims. She shared a screenshot of an old DM conversations, allegedly with the rock star, which were several messages that appeared to be from Levine’s verified account. One of the messages said to be from Adam Levine reads: "It is truly unreal how f**king hot you are … Like it blows my mind … You are 50 times hotter in person … And so am I hahahah". 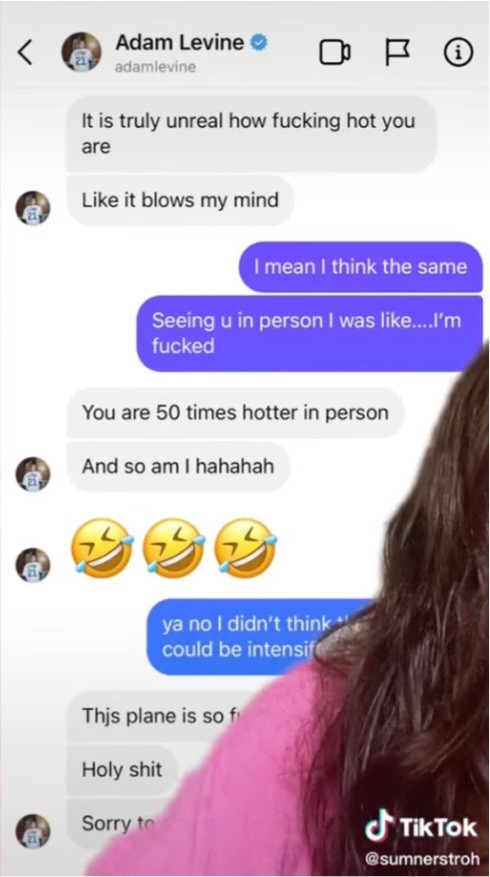 Sumner then explained how Adam Levine later came "back into" her life after the alleged affair had ended. She wrote: "Maroon 5 is practically elevator music at this point, so I’m sure you know who Adam Levine is, but Adam and I were seeing each other for about a year. After I stopped talking to him over a period of months, this is how he came back into my life." Sumner Stroh also claimed the singer sent her a message in June explaining he and Prinsloo were expecting a baby, and he wanted to name the baby after Sumner. The message she showed on TikTok as proof read: "Ok serious question. I’m having another baby and if it’s w boy I really wanna name it Sumner. You ok with that? DEAD serious." 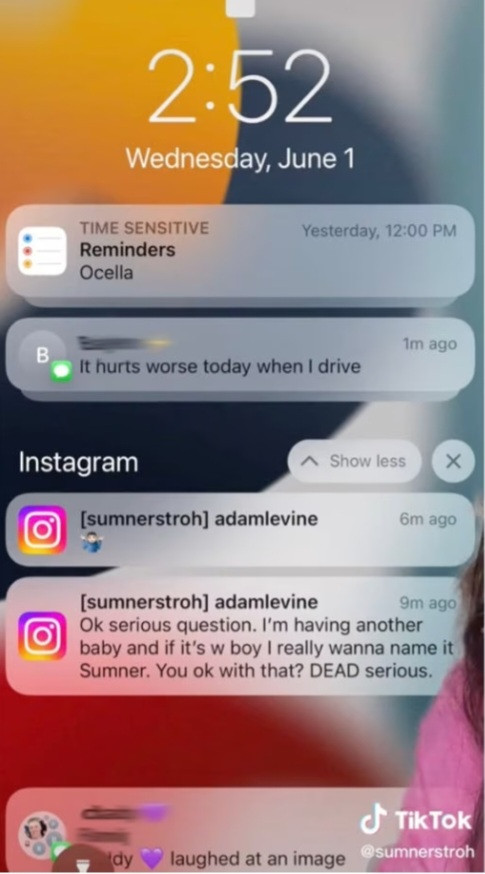 Sumner said she was shocked by that. "I was like, I’m in hell. Like, I have to be in hell at this point," She said. "My morals were unknowingly compromised. I was completely manipulated. … I never wanted to come forward, because obviously I know the implications that come with doing what I do, and making money the way I do, and being an Instagram model. So, being tied to a story like this, I know the stereotypes." She said she's coming forward now because a friend of hers tried to leak the story. "I had sent some screenshots recklessly to a few friends that I thought I trusted, and one of them had attempted to sell it to a tabloid. So here I am." She captioned the video: "embarrassed I was involved w a man with this utter lack of remorse and respect."The post Adam Levine accused of cheating on his wife and trying to name their baby after his mistress appeared first on Linda Ikeji Blog. Click Here to Visit Orignal Source of Article http://www.lindaikejisblog.com/2022/9/adam-levine-accused-of-cheating-on-his-wife-and-trying-to-name-their-baby-after-his-mistress-2.html

Buhari orders flags to fly at half-mast for Shonekan