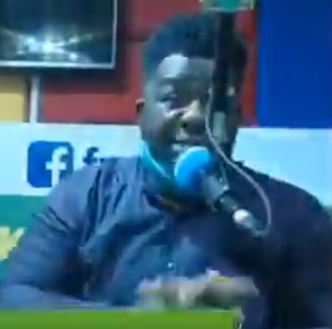 Bulldog, a Ghanaian artiste manager, has revealed what he will do if his 18-year-old daughter opens up to him that she wants to be a prostitute.

Bulldog said he will not discourage her, instead, he will advise her to be a better prostitute who flies around the world.

He made this known during an interview on OkayFM. When asked what makes a prostitute better, he said it’s based on their target clients.

He said he will advise his daughter to provide her services to Presidents, Ministers, and Sheiks, rather than be a prostitute who stands on the streets.

Watch the video below.

Coronavirus: US cases ‘may have topped 20 million’