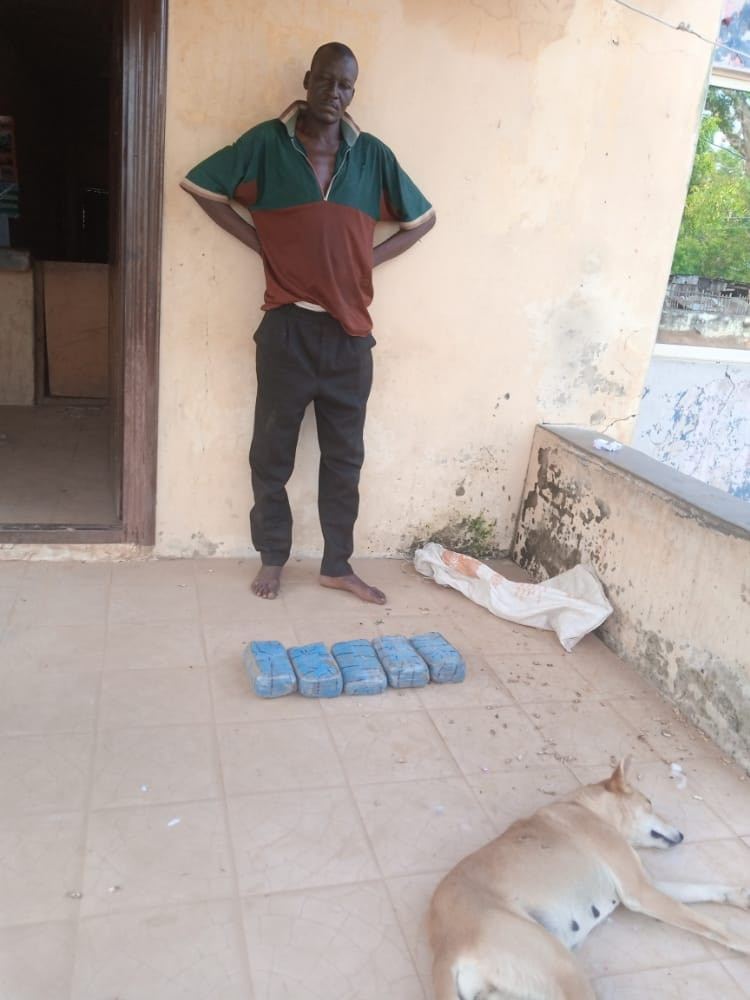 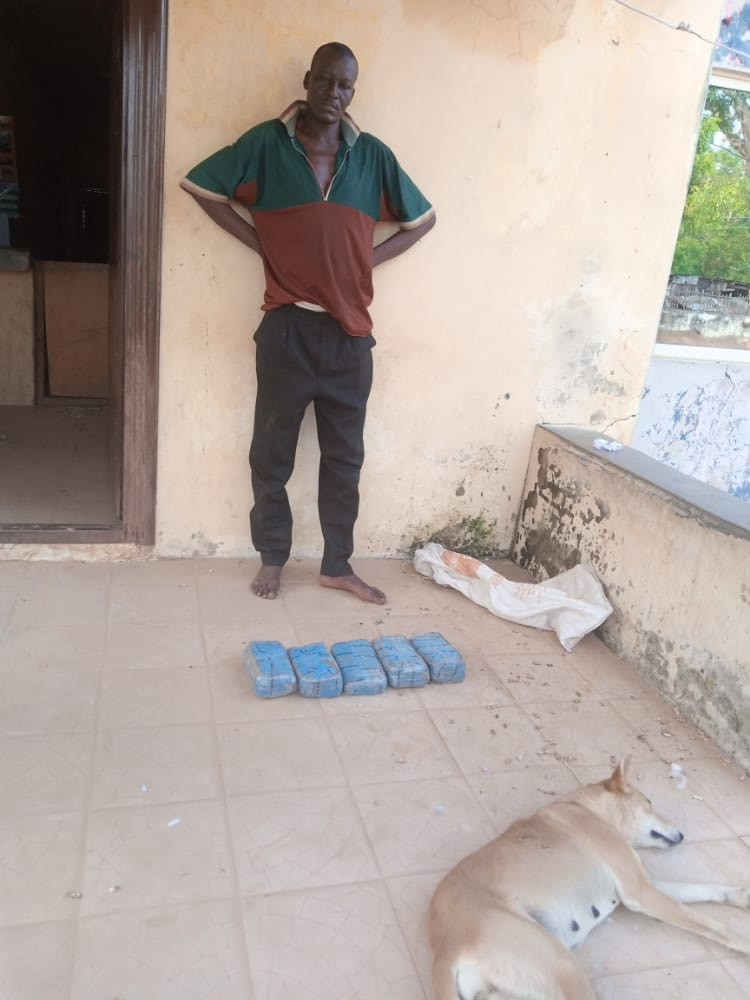 The Jigawa State Police Command has arrested a suspected drug dealer, Sani Hassan and recovered five blocks of Indian hemp. Spokesperson of the command, DSP Lawan Shiisu Adam, who disclosed this in a statement on Wednesday, August 10, said the suspect was arrested during a raid on criminal hideouts and black spots in Jahun Local Government Area of the state last Sunday. "A team of Policemen who was led by SP Abubakar Musa, DPO Jahun Division, succeeded in arresting one Sani Hassan 'm' age 40yrs of Nassarawa Quarters Jahun LGA. During the raid, the said suspect was arrested with five (5) blocks of dry leaves suspected to be Indian Hemp," the statement read.  "Preliminary investigation revealed that, Sani Hassan; is a dealer of Indian Hemp terrorizing Jigawa State. Suspect will be charged to court for prosecution upon completion of investigation." The post Police arrest suspected notorious drug dealer in Jigawa appeared first on Linda Ikeji Blog. Click Here to Visit Orignal Source of Article http://www.lindaikejisblog.com/2022/8/police-arrest-suspected-notorious-drug-dealer-in-jigawa.html

After all we have been through, God has been faithful. The youths are coming and power is in their hands – Ambode writes on Instagram