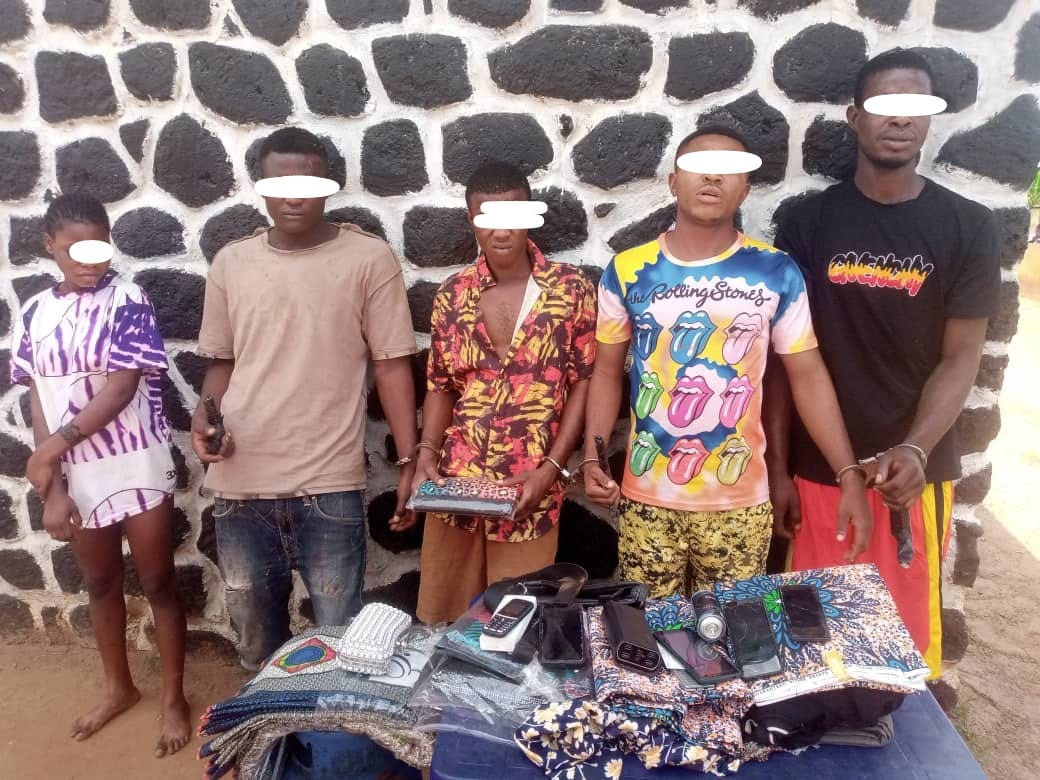 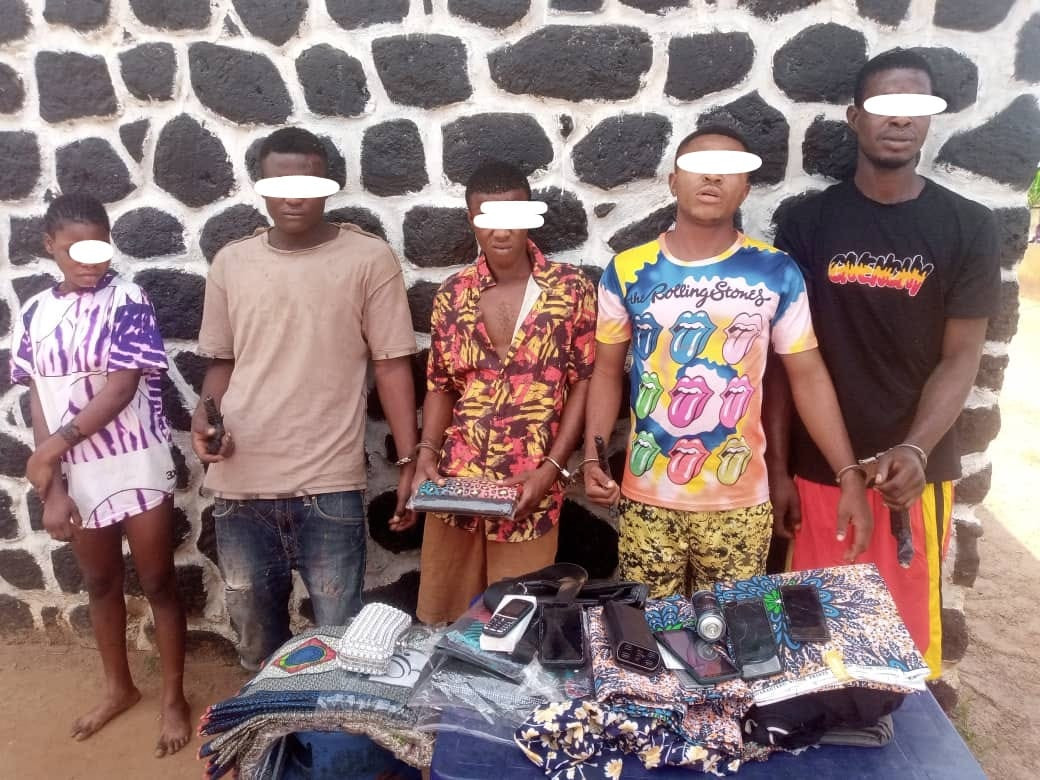 Operatives of the Enugu State Police Command have arrested five suspected members of a robbery gang including a 17-year-old girl.  Spokesperson of the command, DSP Daniel Ndukwe, who disclosed this in a statement on Tuesday, November 29, said the suspects blocked the road at the Garki axis of Enugu/Port-Harcourt Expressway and robbed travelers. According to the PPRO, the teenage girl, Jennifer Nwafor was arrested for harbouring one of the male suspects.  "On 05/11/2022 at about 4 am, a combined team of Police Operatives drawn from Awkunanaw Police Division, Operation Restore Peace and Safer Highway Patrol, with assistance from Neigbourhood Watch Group, arrested one Kasie Ani (male) aged 25, Tochukwu Igwe (male) aged 25, Felix Maduakonam (male) aged 24, Chidera Okoye (male) aged 21 and Jennifer Nwafor (female) aged 17," the statement read. "Their arrest is sequel to the Team’s swift response to a distress call alleging that the suspects blocked the road at the Garriki axis of Enugu/Port-Harcourt Expressway and were robbing travelers. "The four (4) male suspects were consequently arrested and the victims rescued, while the female suspect was arrested thereafter, for harbouring one of the male suspects. Exhibits recovered from the suspects includes: three (3) mock guns that they used in the criminal operation, twenty one (21) pieces of wrappers, clothes, phones, ATM cards and other valuables belonging to their victims. The suspects will be arraigned once investigations are concluded, he added.  Meanwhile, the Commissioner of Police, CP Ahmed Ammani, has urged the personnel to remain focused on the fight to flush unrepentant criminal elements out of the State, while soliciting the continued support and cooperation of citizens of the State.  The post Police arrest five suspected armed robbers including 17-year-old girl in Enugu appeared first on Linda Ikeji Blog. Click Here to Visit Orignal Source of Article http://www.lindaikejisblog.com/2022/11/police-arrest-five-suspected-armed-robbers-including-17-year-old-girl-in-enugu-2.html