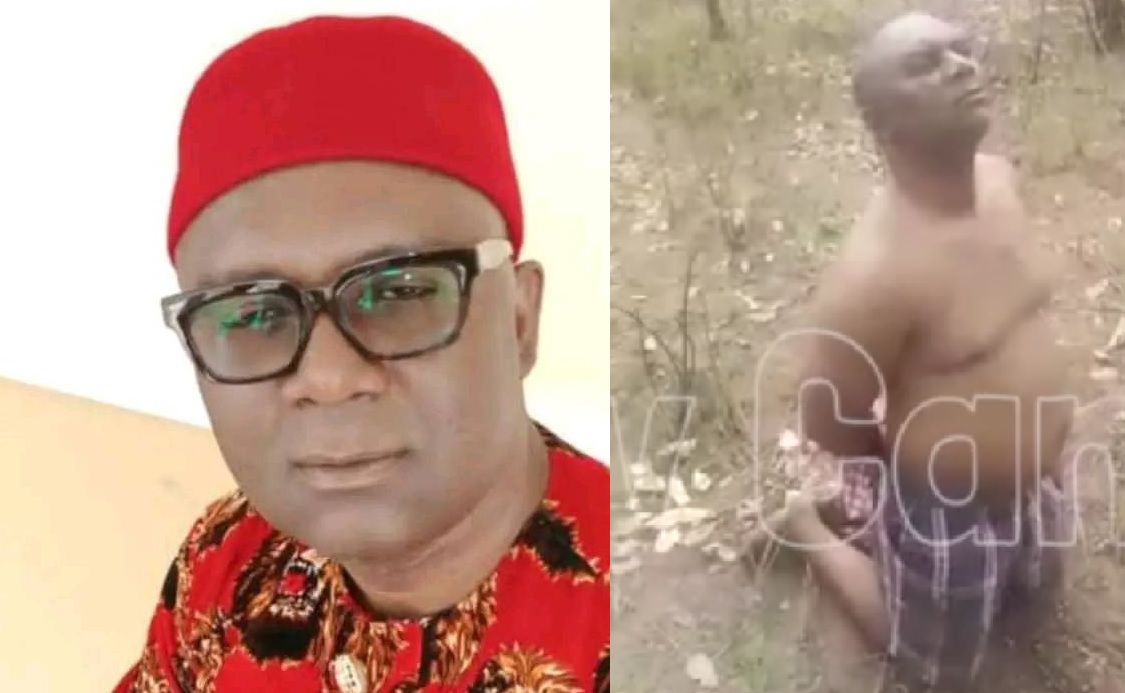 Ohizu was kidnapped alongside two others on Friday, January 20, from his country home at Imoko

community in Arondizuogu area by gunmen who also razed down his building. He was then beheaded on Sunday, January 22, after the collection of N6m ransom.

In videos shared online, the abducted chairman was seen kneeling while his abductors warned Governor Hope Uzodimma that a similar fate awaits him.

After beheading him on Sunday, they posted the video with his phone on his WhatsApp status.

Imo Police Command spokesperson, ASP Henry Okoye, who confirmed the incident said that police had commenced investigation into the incident.

The Spokesman for the Imo State Police Command, Henry Okoye, confirmed the video now making the rounds on the internet and said the police are currently investigating the matter.

Recall that Ohizu was attacked and kidnapped by unknown gunmen Thursday last week. It was also reported they attacked and burnt his house in Imoko town, Arondizuogu.

A source told reporters that the assailants shot Ohizu in the leg before trapping him and two others.

Two other people were killed and set on fire the same day in Imoko town of Arondizuogu district. The incident happened barely one month before the 2023 elections.

The attack comes less than a week following another attack on the Coalition of United Political Parties in Ugochinyere Imo, burning down his house and several vehicles and killing three people in his village, Akokwa also in Ideato North.

The voices of those on the video said they would not accept elections in any part of Eastern Nigeria Nigeria.

A source who narrated the incident to the DAILY POST reporter in Imo State said he saw a video showing Ohizu’s beheading through his Whatsapp account.

He said the perpetrators were the ones who shared the murder on the victim’s Whatsapp account for the public to see.

“The image is horrible. He was chained and stripped naked before his head was beheaded. It’s a terrible scene to behold,” the source said.

The source further alleged that the perpetrators took money worth N6m as ransom before killing him.

Recall that such an incident happened before in the State when gunmen killed the wife of a soldier, Gloria Nneka Matthew and Linus Audu, her future husband, who came to marry her.

This site uses Akismet to reduce spam. Learn how your comment data is processed.