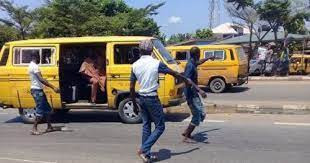 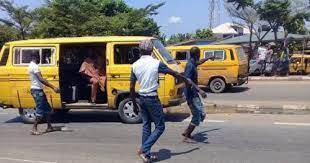 A yet-to-be-identified commercial bus driver has died with many of his passengers injured after he suffered an accident while rushing to beat the traffic light at Marwa Bus Stop along the Lekki-Epe Expressway, Lagos State over the weeekend. Confirming the incident to newsmen, the Commander of the Federal Road Safety Corps, Lagos State, Olusegun Ogungbemigbe, said the Volkswagen bus driver rammed into a Highlander while trying to beat the traffic light, which made the bus to somersault. “Unfortunately, the bus driver died, while several passengers were injured and taken to a hospital. The victims were already rescued by a team of the Lekki Concession Company before the arrival of men of the FRSC. The bus was recovered with the aid of the LCC’s tow truck” he said The post Driver speeding to beat traffic light crashes and dies in Lagos appeared first on Linda Ikeji Blog. Click Here to Visit Orignal Source of Article http://www.lindaikejisblog.com/2022/6/driver-speeding-to-beat-traffic-light-crashes-and-dies-in-lagos.html

Lagos police chase after woman to return her purse containing N115,000 after it fell off without her knowledge