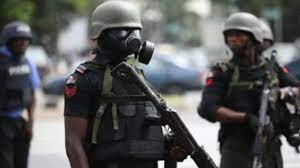 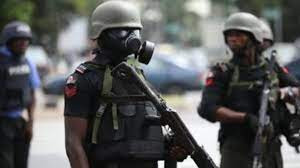 At least one police officer has died and another is said to be in critical condition following a clash they had with men of the Nigerian Army in the Ojo area of Lagos state on Wednesday, August 3. According to credible sources who spoke to LIB, a team of police officers attached to the Tradefair division were on duty at the CCECC gate along the Lagos-Badagry expressway to maintain traffic. While on duty, they stopped some cars from moving so as to make way for a truck owned by the construction company CCEECC. However, among the cars stopped was a military coastal bus conveying 30 private officers to the Military Ordinance school in Ojo. According to sources, the military officers were angry that the police officers stopped them from moving just to pave way for a truck. They allegedly came down from their coastal bus and began challenging the police officers made up of an Assistant Superintendent of Police ASP, three Inspectors, and one sergeant. Things degenerated and the officers allegedly pounced on the police officers, beating them up and inflicting injuries on them. The rampaging military officers allegedly made away with the ASP's AK-47 magazine loaded with 25 rounds of live ammunition and allegedly abducted two of the Inspectors and seized their rifles. The abducted Inspectors were taken to the Ojo cantonment where they were allegedly beaten mercilessly. The Assistant Commissioner of Police Area E in Festac and the Divisional Police Officer of Tradefair police division visited the scene and ensured the officers were taken to the hospital. Sadly, one of the Inspectors lost his life while receiving treatment this afternoon, August 4. His corpse has been deposited at the Navy Reference hospital morgue in Satellite town for preservation and autopsy. Reacting to the incident, the spokesperson of the state police command, SP Benjamin Hundeyin, said'' Yes, there was an incident involving soldiers and our policemen, which led to the death of one police officer, an Inspector. The Police and Army authorities are working closely to resolve the issue.''The post One police officer dies, another in critical condition following clash with Army officers in Lagos appeared first on Linda Ikeji Blog. Click Here to Visit Orignal Source of Article http://www.lindaikejisblog.com/2022/8/one-police-officer-dies-another-in-critical-condition-following-clash-with-army-officers-in-lagos.html

Nobel Laureate Malala Yousafzai gets married at home in UK