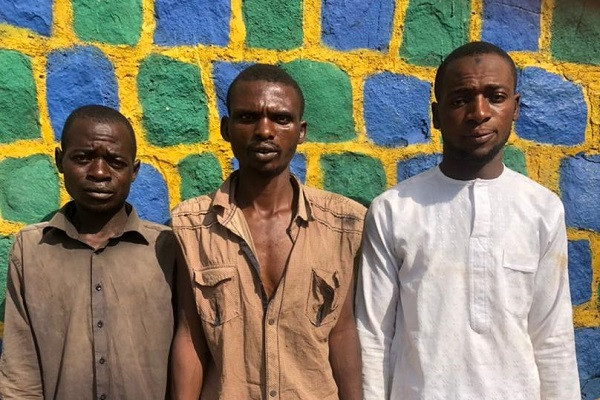 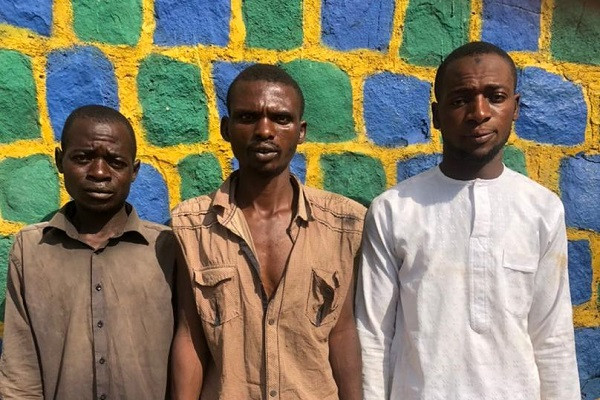 Four terror suspects arrested in Bauchi State by the Police Intelligence Response Team (IRT) have said they murdered a former Divisional Police Officer (DPO) CSP Garkuwa because he gave them a tough time while they carried out their nefarious activities. The suspects, Hashimu Galadima alias Kan Wuka, Abduwahab Abdulhassan alias Emeka, Hamidu Saleh, and Abdulwahab Ahmed alias Dan Mama were arrested by the DCP Tunji Disu-led elite squad following an investigation into high-profile murders, kidnappings and armed robbery incidents in the State. The Nation reports that three members of the gang were arrested at Dass Local Government area of Bauchi State and their confessions to the police led to the arrest of the fourth suspect. In his confessional statement, Hashimu, 48, who’s the gang leader said all members of his gang hated the DPO because he usually arrested them and prevented their operations within his jurisdiction. He said the lawmaker’s murder was masterminded by Abdulwahab Alhassan because he offended them. The ex-convict said the lawmaker usually gave people money but never gave him even when he requested. “My gang killed Honourable Mante and kidnapped three of his family members. He offended me but I am not the only one that he offended.He used to give people money but he never gave me. That is why I don’t like him. I have begged him for money many times. He did not give me but he was giving other people money.I did not want to kill him but Abdulhassan also told me that he hated the honourable and we should kill him. It was even Abdulhassan that facilitated how we located him and gained entrance into his house” he said Hashimu who said he served two-year jail term for criminal conspiracy, armed robbery and kidnapping, said he continued the acts when he was released from prison. Alhassan claimed that he did not follow them to the lawmaker’s residence but provided the gang with information. “I am into sale of hard drugs. I know most of these criminals and sell hard drugs to them. My problem with Honourable Mante is that he refused to help me when I had problem with the National Drug Law Enforcement Agency (NDLEA) in Bauchi.I sent people to him with the hope that he will assist me by using his position to facilitate my release from the NDLEA but he ignored me. I spent one year in prison and I was released to go and unite with my family” the suspect said The spokesperson of the state police command, CSP Olumuyiwa Adejobi, confirmed the arrest of the suspects, assuring that the service under Inspector General (IG) Alkali Usman was committed to the protection of lives and properties in all parts of the country. The post Why we killed lawmaker and former DPO – Terrorists arrested in Bauchi state confess appeared first on Linda Ikeji Blog. Click Here to Visit Orignal Source of Article http://www.lindaikejisblog.com/2022/8/why-we-killed-lawmaker-and-former-dpo-terrorists-arrested-in-bauchi-state-confess.html